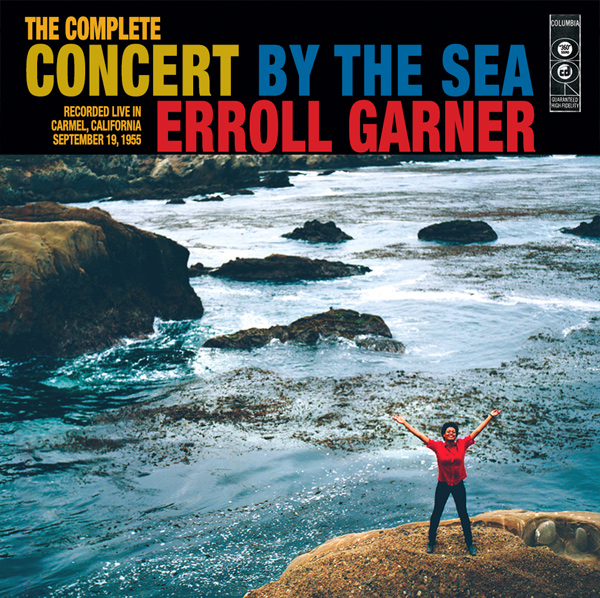 Iconic Jazz artist Erroll Garner’s greatest concert album and one of the best selling jazz albums of all time, The Complete Concert By The Sea will be released jointly by Sony Legacy and Octave Music Publishing Corporation on September 18, 2015 – in celebration of 60 years since the original concert.

The set is available for pre-order on Amazon here: http://smarturl.it/EG_TCCBTS_Amzn

The complete live concert recording – newly uncovered by the Erroll Garner Jazz Project and digitally remastered in its entirety after six decades – is produced by Guggenheim® Award-winning jazz pianist and Director of Jazz Studies at the University of Pittsburgh Geri Allen and 4-time GRAMMY®Award-winning producer Steve Rosenthal. The Complete Concert By The Sea will introduce a new generation to Erroll Garner and his innovative piano playing. The 3-CD box set contains the complete live Concert By The Sea including 11 previously unreleased tracks, the original edited Columbia release from 1956 (digitally restored and remastered at The Magic Shop, NYC using the Plangent Process) and bonus material including announcer Jimmy Lyons and interviews with the Erroll Garner trio: Denzil DaCosta Best, Eddie Calhoun, and Garner himself, recorded directly after the concert.

Liner note writers include Geri Allen, Award-winning author and UCLA American Studies Professor Robin D.G. Kelley, PHd, and GRAMMY®Award-winning jazz writer Dan Morgenstern who writes: “I don’t think I need to tell you how significant a figure Erroll Garner is in the history of American music. His artistry transcended categories over four decades. Without ever saying a word or indulging in showbiz trimmings, he could just play the piano and hold thousands enraptured.”

Sony Legacy President Adam Block remarks, “Concert By The Sea is a marvelous, mystical album that has been allowed to dangle on the periphery of broader recognition for far too long. Now for the first time, the complete recording and the remarkable story of this masterpiece can be heard and understood in all its glory. This really is a significant release – critically important to the preservation of one of the truly epic moments in live recorded performances.”

Producer Geri Allen remarks, “Erroll Garner personifies the joy of fearless virtuosity and exploration. One of the defining precursors to bebop, piano giant Erroll Garner embodied the very spirit of swing and free improvisation from every vantage point. His playing celebrated the greatest swinging big bands through an innovative and impossible pianism. Singular yet all embracing, Garner blurred the line between great art and popular art, and he was a staunch journeyman of the blues and his Pittsburgh legacy.”

DISC THREE
1) I’ll Remember April
2) Teach Me Tonight
3) Mambo Carmel
4) Autumn Leaves
5) It’s All Right With Me
6) Red Top
7) April in Paris
8) They Can’t Take That Away From Me?
9) How Could You Do A Thing Like That To Me
10) Where or When
11) Erroll’s Theme
12) Post Concert Interview: Will Thornbury with Erroll Garner, Eddie Calhoun, Denzil DaCosta Best: September 19, 1955 (Previously unreleased)

A year-long 60th Anniversary celebration of Concert by the Sea in 2015 will include a new interactive website at www.errollgarner.com, and thanks to the diligent collecting and preservation of Erroll Garner’s recordings, memorabilia, photographs and other materials by Erroll’s longtime manager Martha Glaser, the establishment of the first complete Erroll Garner archive at the University of Pittsburgh in Erroll’s hometown. These resources will provide a unique view of Erroll Garner’s influential career.

University of Pittsburgh’s Bettye J. and Ralph E. Bailey Dean of the Kenneth P. Dietrick School of Arts and Sciences writes, “The Erroll Garner archive is an amazing legacy of a renowned jazz icon, a brilliant piano virtuoso, and one of the most original and individualistic pianists in the jazz narrative. Jazz is a unifiying force, bringing a uniquely American musical synthesis and spirit of innovation through the African-American experience. I hope the University of Pittsburgh can contribute to that through providing a permanent home for the Erroll Garner Archive.”