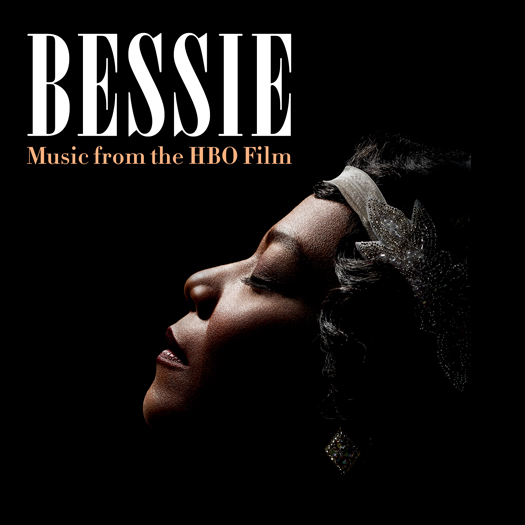 Bessie, an HBO Film, Premieres May 16

Legacy Recordings, the catalog division of Sony Music Entertainment, is proud to announce the digital release of Bessie (Music from the HBO Film) on Tuesday, May 12. The official soundtrack for the up-coming HBO film will also be released on CD on Tuesday, June 2.

“This is a project that has been close to my heart for many years….to not only star as Bessie Smith but to also produce the film and the soundtrack is a dream for me. Recording this music was an incredible journey and I am proud to be a part of it all.” – Queen Latifah

The album features modern performances of blues, jazz and swing classics including “Prove It On Me,” performed by Carmen Twillie; “See See Rider,” performed by Tamar-Kali; “Laugh Clown Laugh,” per-formed by Cécile McLorin Salvant; and two new instrumental arrangements from Vince Giordano & The Nighthawks: “I’ve Got What It Takes (But It Breaks My Heart To Give It Away)” and “Hot Time In The Old Town Tonight.”

Legacy Recordings’ Bessie (Music from the HBO Film) is rounded out with authentic period recordings from Fats Waller & His Rhythm (“A Good Man Is Hard To Find”), Louis Armstrong & His Orchestra (“[What Did I Do To Be So] Black And Blue”), Sippie Wallace (“I’m A Mighty Tight Woman”) and Kid Ory’s Creole Orchestra (“Ballin’ The Jack”).

An HBO Films presentation, Bessie stars Oscar® nominee Queen Latifah (“Chicago”) in the title role and focuses on legendary blues singer Bessie Smith’s transformation from a struggling young vocalist into “The Empress of the Blues,” one of the most successful recording artists of the 1920s and an enduring icon today.

Bessie offers an intimate look at the determined woman whose immense talent and love for music took her from anonymity in the rough-and-tumble world of vaudeville to the 1920s blues scene and interna-tional fame. Capturing Bessie’s professional highs and personal lows, the film paints a portrait of a tena-cious spirit who, despite her own demons, became a celebrated legend.

About HBO Global Licensing
HBO Global Licensing officially licenses the HBO® brand for the development and merchandising of innovative product lines inspired by the network’s award-winning programming. With products created around hit series like Game of Thrones® and True Blood® as well as classic series like The Sopranos®, Sex and the City®, and Entourage, items include fashion apparel, figures, jewelry, digi-tal and CD soundtracks, prop and costume replicas, games, books, and beverages, as well as exclu-sive, premium collections in partnership with upscale, designer brands. Merchandise can be pur-chased in retail stores nationwide, at http://store.hbo.com, and at the groundbreaking HBO retail hub, the HBO Shop®, located at 42nd and 6th Avenue in New York City. HBO Global Licensing products are also sold internationally across Europe (www.hboshopeu.com), Asia and Australia.