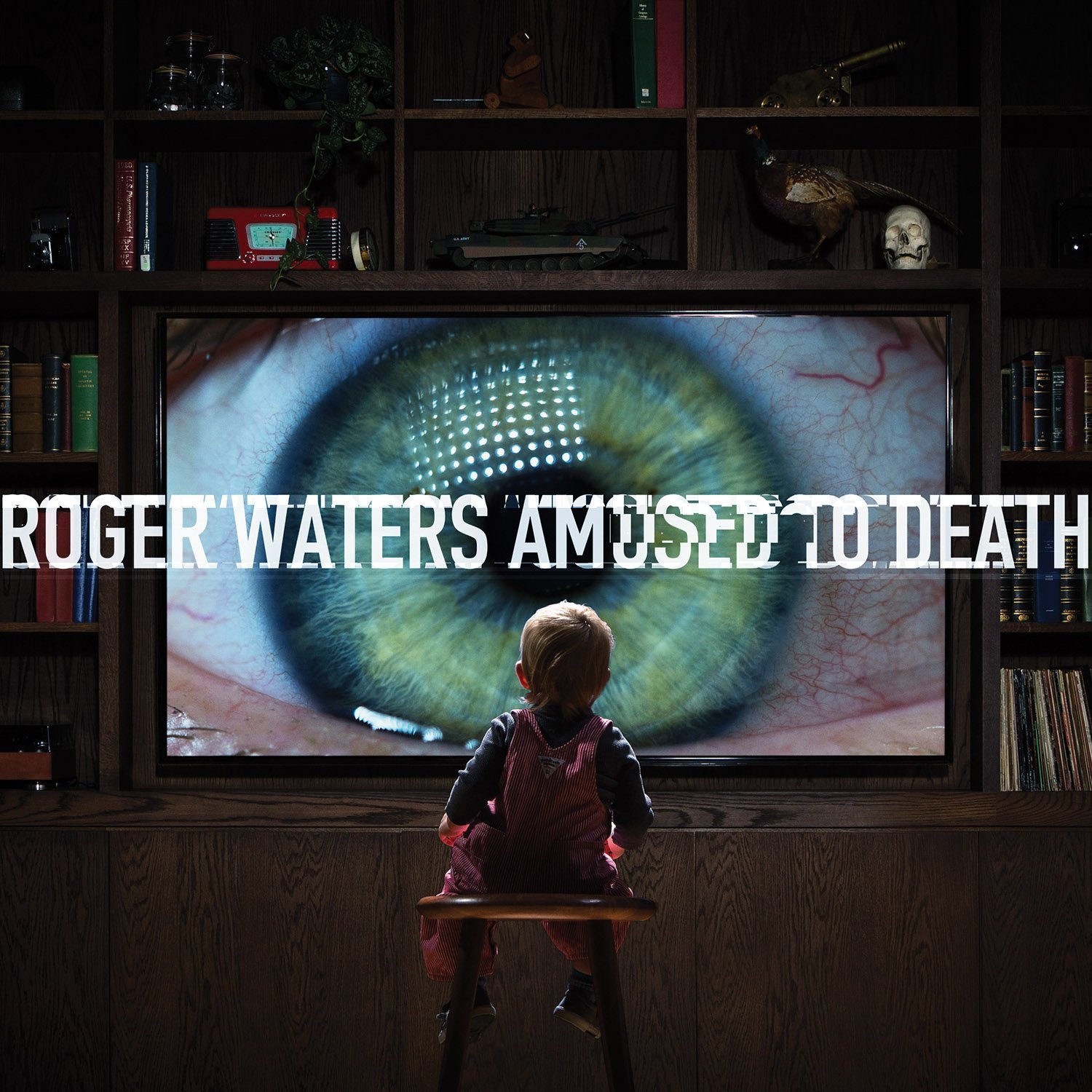 April 15, 2015 – New York, NY – Roger Waters’ album AMUSED TO DEATH returns in a remastered release from Columbia Records / Legacy Recordings on July 24th. Amused to Death sounded the alarm about a society increasingly – and unthinkingly – in thrall to its television screens. Twenty-three years later, Amused to Death speaks to our present moment in ways that could scarcely have been anticipated two decades ago.

“I’m remembering the record from [over] 20 years ago, that most of what I had to say then sadly still pertains today and is maybe even more relevant to our predicament as people in 2015 even than it was in 1992,” says Roger Waters.

An unblinking look at an entertainment-obsessed society, Amused to Death addresses issues that have only grown in complexity and urgency over the past two decades. In 2015, television is just one option in an endless array of distractions available to us anytime, anywhere, courtesy of our laptops, tablets and smartphones. With eyes glued to our screens, the dilemmas and injustices of the real world can easily recede from view.

The 2015 editions of Amused to Death feature a new 5.1 surround remix of the album on high-definition Blu-ray audio and a new remastered stereo mix completed by longtime Roger Waters / Pink Floyd collaborator and co-producer, James Guthrie. The cover and gatefold art has been updated for 2015 by Sean Evans, the creative director of Waters’ 2010-2013 “The Wall Live” tour and movie.

“… damned if Roger Waters’ 14-track rumination on some of our choicest social ills doesn’t score some serious points, especially in ‘Late Home Tonight,’ which, with music that evokes both a kiss at a drive-in and the peace of the wide-open sky, shows us an American pilot soaring toward Libya to bomb children, giddy as an exuberant teen with the sheer joy of flight.” Grade: A-, Entertainment Weekly, September 11, 1992

“It is the poet’s responsibility to foresee the future, and it is his neighbor’s duty to prevent the worst of it from taking place. With Amused To Death, surely one of the most provocative and musically dazzling records of the decade, Roger Waters has fulfilled his part of the bargain.” – Timothy White, “Music to My Ears,” Billboard Magazine, July 1992

The 2015 editions of Amused to Death will be available on:

Legacy Recordings has collaborated with Analogue Productions / Acoustic Sounds in the United States on the release of the 2LP 200 gram vinyl as well as SACD and DSD download audio products.

Amused to Death is available for pre-order at RogerWaters.com where fans will have access to an exclusive music and merchandise bundle including their choice of anAmused to Death t-shirt or sweatshirt.