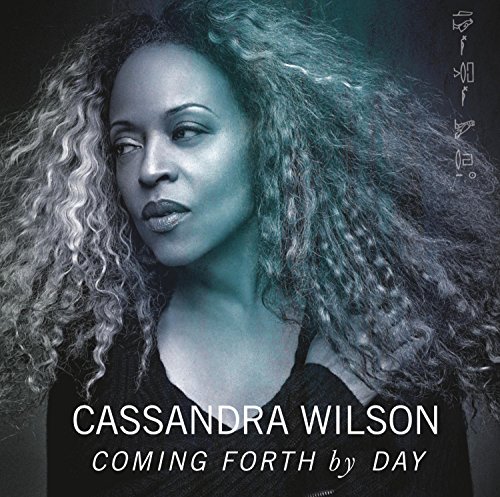 Cassandra Wilson will release an otherworldly homage to Billie Holiday, ‘Coming Forth By Day’ (Legacy Recordings) April 7, 2015, on what would have been Holiday’s 100th birthday. Wilson, who has drawn inspiration from Billie Holiday for her entire life, chose the title as a way to honor the iconic singer: ‘Coming Forth By Day’ is an English translation of the title of the ancient Egyptian “Book of the Dead,” a collection of magic spells intended to assist the journey of those that have passed on through the afterlife.

Wilson has taken a characteristically fearless approach to “Lady Day’s” iconic catalog. Together with producer Nick Launay (known for his work with Nick Cave), Wilson has chosen songs that span Holiday’s tragic, abbreviated career – some lesser know and many famous. She also penned the dream-like new “Last Song (For Lester),” imagined as a heartbreaking final message from Billie to her lover Lester Young. (Upon getting the news that Young had passed away, Billie flew straight from overseas to his funeral but was denied the opportunity to sing by Young’s family and was distraught.)

“‘Coming Forth by Day’ is an homage dedicated to the beauty, power, and genius of Billie Holiday. A collection of musical spells, prescriptions for navigating the dubious myths surrounding her life and times, this record is a vehicle for the re-emergence of Billie’s songbook in the 21st century,” says Cassandra.

The album boasts a surprising cast of characters. It was produced by Nick Launay, who has worked closely with Nick Cave for the past decade in addition to Arcade Fire and the Yeah Yeah Yeahs. It includes guitarists T Bone Burnett and Nick Zinner of the Yeah, Yeah, Yeahs, string arranger Van Dyke Parks, rhythm section The Bad Seeds (drummer Thomas Wydler and bassist Martyn P. Casey) and longtime Cassandra collaborators Jon Cowherd on piano and Kevin Breit on guitar.

“We set out to dig deep into the lyrics, and the meaning behind why they were written. The result is a whole new experience for the listener, both those familiar with Cassandra and newcomers. It’s moving and engaging beyond words…this one is for the ears and soul,” says producer Nick Launay.

Cassandra will tour internationally in 2015 and will headline The Apollo Theater on April 10th.