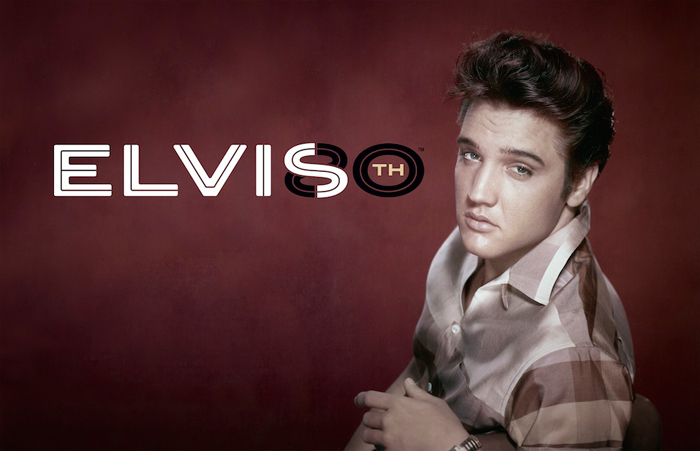 January 6, 2015 — Legacy Recordings, the catalog division of Sony Music Entertainment, will commemorate the upcoming 80th birthday of Elvis Presley on January 8 with a variety of events, activities and digital initiatives celebrating the King of Rock & Roll.

·         On January 6, RCA/Legacy will release Elvis Presley’s The Complete ’60s Albums Collection Vol. 1 on iTunes.  Newly Mastered for iTunes, all titles were originally released from 1960 to 1965 and will be available individually or in The Complete ’60s Albums Collection Vol. 1 bundle.  Included are: Elvis Is Back, G.I. Blues, His Hand In Mine, Something For Everybody, Blue Hawaii, Pot Luck, Girls! Girls! Girls!, It Happened At The World’s Fair, Elvis’ Golden Records Vol. 3, Fun In Acapulco, Kissin’ Cousins, Roustabout, Girl Happy, Elvis For Everyone and Harum Scarum.

·         A newly designed website, www.ElvisTheMusic.com will launch on January 8, 2015, offering fans an official and comprehensive online destination for all things relating to Elvis’ musical legacy.

·         On January 8, Graceland, Elvis Presley’s fabled home in Memphis, will host an Elvis 80th birthday celebration with Priscilla Presley. Fans who are unable to attend can watch the ceremony live at 10:15 am ET / 9:15 am CT via the Graceland Livestream at http://new.livestream.com/ElvisPresleyGraceland/ElvisBirthdayCeremony.

·         “Direct From Graceland: Elvis at the O2,” the largest Elvis retrospective ever mounted in Europe, opened on Friday, December 12 in London and is slated to run for a minimum of nine months.  An exclusive 2CD collection is being created for the exhibition, and will be sold in the retail store within the exhibit.

·         Elvis fans will be able to continue celebrating the king’s legacy with a new project coming this summer that features Elvis like he has never been heard before.