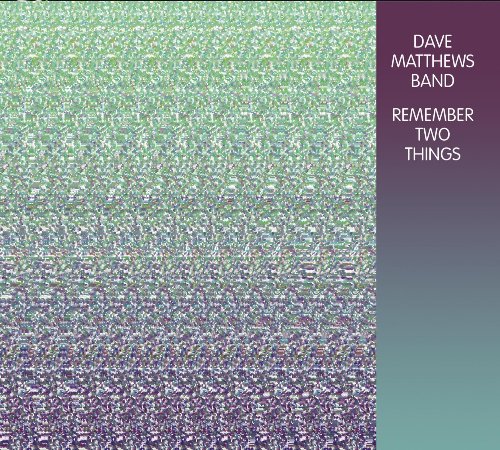 On June 17, Bama Rags/RCA/Legacy Recordings will reissue Dave Matthews Band’s Remember Two Things. Originally released on November 9, 1993, Remember Two Things soon became a bona-fide word-of-mouth sensation and remains the first and best introduction to the DMB sound. It was the first official release on the group’s own Bama Rags label.

Available on vinyl for the first time ever, the two-LP, 180-gram deluxe audiophile release will be cut from new lacquers, prepared by Chris Bellman at Bernie Grundman Mastering. The vinyl release will feature the original album packaged in an individually numbered gatefold jacket and include a new eight-page booklet with full lyrics and rare and previously unpublished photos of the band. A download card will feature the full album plus two previously unreleased bonus tracks: early studio versions of “Pay For What You Get” and “Typical Situation,” newly mastered by original album engineer David Glasser. Remember Two Things will also be available as a new CD and digital LP reissue and will feature the original album as well as both bonus tracks.

Before they sold over 30 million records worldwide, saw six consecutive studio albums debut at No. 1 and attracted untold millions of fans across 20 years of acclaimed live shows, Dave Matthews Band was a one-of-a-kind group from Virginia looking to make a name for itself in a music scene dominated by loud guitars and louder angst. Remember Two Things was recorded live at three clubs – Trax in Charlottesville, VA, Flood Zone in Richmond, VA and The Muse in Nantucket, MA – with the exception of “Minarets” and “Seek Up,” which were recorded at Flat Five Studios in Salem, VA. The two new bonus tracks were recorded during this same session at Flat Five Studios.

Under The Table And Dreaming, Dave Matthews Band’s major label debut, followed in 1994, but for the group’s most loyal fans, Remember Two Things is truly where the band’s story begins. The album was certified Platinum in 2002.

Remember Two Things plus Live Trax Vol. 30, a compilation of live recordings from three 1993 nights at The Muse in Nantucket, are available for pre-order now at http://1993.davematthewsband.com.

Dave Matthews Band – namedone of the “50 Greatest Live Acts Right Now” by Rolling Stone – will kick off an extensive North American tour on May 16. See below for itinerary.

SIDE C
Seek Up
I’ll Back You Up

Flat Five Studios Bonus Tracks
11. Pay For What You Get
12. Typical Situation