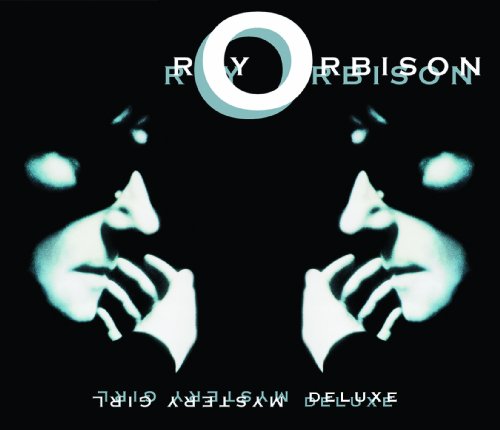 Mystery Girl – Deluxe includes the album‘s original 10 songs, as mastered by Steve Marcussen at Precision Lacquer, with the addition of previously unreleased studio and work-tape demos mastered by Richard Dodd for this release.

The Mystery Girl – Deluxe DVD premieres “Mystery Girl: Unraveled,” a new one-hour documentary chronicling the song-by-song creation of Mystery Girl through rare and intimate archival footage and the memories of those who were there.

Archival footage includes revelatory sequences lensed, literally, in Mike Campbell‘s garage (where much of the album was recorded) in addition to breathtaking studio footage originally shot for the CBS television program “West 57th Street” and a 1988 live performance shot for “In the Real World” in the Netherlands (courtesy SBS Broadcasting).

“Mystery Girl: Unraveled” includes a new short documentary following the creation of “The Way Is Love,” one of the previously unreleased tracks on Mystery Girl – Deluxe.   Roy‘s vocals were found on a previously unheard Roy Orbison/Bill Dees work-tape, originally recorded on a boombox cassette player, and meticulously stripped out for this extraordinary new remix.  Produced by John Carter Cash and engineered by Chuck Turner, “The Way Is Love” was mainly recorded at Johnny Cash‘s Cabin studio in Hendersonville, Tennessee in 2013, using the newly discovered Roy Orbison vocal as its core.  Realizing a life-long dream to record with their father, Wesley and Roy Jr play guitars on the song with Alex handling the drums; all three sons bring background vocals to the mix.  “Cutting a track with my brothers was more incredible than I can describe,” said Alex.  “I have been looking forward to this for my entire life.”  Roy Jr. noted that “More or less the reason Alex and Wesley and I are musicians was to play in Dad‘s band when we got older” and Wesley summed it up nicely, “I think we really got something special.”

Everyone involved with Mystery Girl sensed the magic in Roy Orbison, who, in 1988, was enjoying a full creative renaissance and resurgence of popularity.  One of Roy‘s classic recordings, “In Dreams,” memorably lip-synched into a hurricane lamp by Dean Stockwell, had served as a key thematic element in David Lynch‘s “Blue Velvet,” igniting a renewed interest in the Big O.  In a series of bold aesthetic moves, Orbison directly addressed his legacy, first with Class of ‘55 (a 1986 reunion album with fellow Sun Records alumnae Johnny Cash, Jerry Lewis and Carl Perkins) and then, In Dreams: The Greatest Hits, where Orbison recut many of his biggest songs, using 1980s technology to produce results often surpassing his original recordings.

In 1988, Roy Orbison became a founding member of the Traveling Wilburys, the roots rock supergroup also featuring Bob Dylan, George Harrison, Jeff Lynne, and Tom Petty.  It was during work with the Wilburys that the vision for Mystery Girl, a new Roy Orbison album made of original songs from a variety of writers–including Roy Orbison, Dianne Warren, Elvis Costello, Wesley Orbison and U2‘s Bono and the Edge (among others)–began taking shape.

“When he sang, it was absolutely magnificent,” said Jeff Lynne, who would produce tracks for Mystery Girl.  “I had never heard a voice like that.  He had this wonderful spirit, almost like a kid in many ways. He was just a happy guy. One of the proudest things I‘ve ever done is to have become his friend.  I‘d look at him and just go, ‘Wow, it‘s him.  The Big O.‘  I loved him.”

“I was just taken by how amazing this guy was,” remembers Tom Petty.  “Just singing softly, sitting on the sofa with an acoustic guitar, his voice was unbelievable.  Any time I hear one of Roy’s songs, wherever I am, I just stop and listen to it and he’s there. His artistry and his voice and his spirit and the depth of his soul is so unique and it just connects with you in such a deep way.  He just had a way of getting into your heart.  The music will live on, it’s timeless.”

“He was a real innovator, truly a great singer,” said Bono.  “Roy was a true gentleman.  And that‘s a scary thing in a man… do you know what I mean?  A man that‘s so sure in himself that he can be polite.”

The legendary guitarist Steve Cropper admitted that, “I‘ve only met basically three of what I call ‘light bulbs‘ in my life: Elvis Presley, Otis Redding and Roy Orbison.  What I mean by ‘light bulbs‘ is they‘re the brightest one in the room and when they walk in the door, every head turns, every head.  It‘s like everybody stops what they‘re doing.  Roy had that fantastic voice that just nailed you.”

The Mystery Girl – Deluxe CD/DVD Edition  may be pre-ordered at Amazon (http://smarturl.it/roy_MGdeluxe_amzn ).

In The Real World

(All I Can Do Is) Dream You

A Love So Beautiful

She‘s A Mystery To Me

The Way Is Love (unreleased with new instruments and vocals)

She’s A Mystery To Me (Studio demo with Bono)

(All I Can Do Is) Dream You (Studio Demo)

The Only One (Studio Demo)

In The Real World (Studio Demo)

You Are My Love (Work-tape Demo)

The Way Is Love

She’s a Mystery To Me

She’s a Mystery To Me (alternate Fincher version, unreleased)

A Love So Beautiful