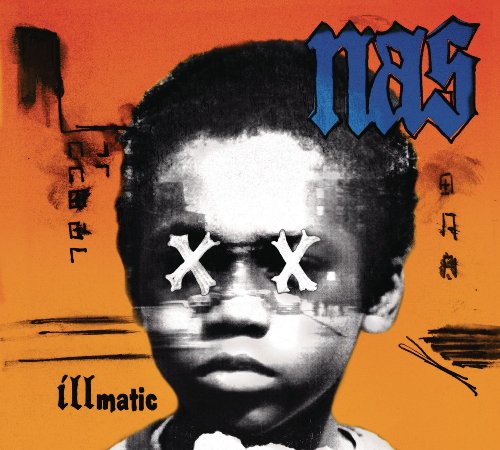 NAS Announces the Year of Illmatic XX A Celebration of the Landmark Album That Made Him an Icon
“It Ain’t Hard To Tell (Stink Mix)” Now Streaming Exclusively on RapGenius.com

Documentary Time Is Illmatic to be Released in 2014

February 4, 2014 — Nas has announced that his seminal debut album, Illmatic, will be released as a special 20th Anniversary Edition, titled Illmatic XX, on April 15th by SONY Legacy. This exclusive collection will feature several rare remixes, unreleased demos and freestyles to commemorate the anniversary. RapGenius.com is now exclusively streaming the “It Ain’t Hard To Tell (Stink Mix).” PRESS HERE to listen now. In addition, fans can now pre-order the 2CD set on iTunes and both the 2CD set and 1LP vinyl via Amazon.com. Nas has also announced that he will be touring the U.S. and performing the groundbreaking Illmatic from front to back to celebrate the release. The tour will kick off with special performances this spring at both the John F. Kennedy Center for the Performing Arts as well as this year’s Coachella Valley Music & Arts Festival. Further details surrounding the tour will be released in the coming weeks.

“With Illmatic, I didn’t think about it. I just did it. I believe everybody has good instincts. Now I’m a man from that past and I’m supremely grateful. There’s a Nigerian proverb ‘What is past is prologue’. I’m here today because of Illmatic.” – Nas

In conjunction with the release, Time Is Illmatic– a feature length documentary film that examines the album – will be released in 2014. The movie, from first-time filmmakers One9 (director/producer) and Erik Parker (writer/producer), delves into the making of Illmatic; the social conditions that created it; and the music legacy passed down from Nas’ Mississippi-born father and celebrated jazz musician, Olu Dara. Time Is Illmatic is supported by The Ford Foundations’ Just Films and Tribeca All Access. More information will be released on the film in the coming months. For more information go to www.TimeIsIllmatic.com.

With the release of Illmatic, Nas quickly established himself as a hip hop icon and has become one of the hottest artists on the music scene today. The landmark album has been lauded by critics as one of the most exemplary hip hop recordings of all time. Illmatic contributed to the revival of the New York City rap scene and has been consistently ranked near the top of many “best album” lists. Today, the collection remains one of the most widely celebrated and influential albums in history with Rolling Stone proclaiming, “a portrait of an artist as a hood, loner, tortured soul, juvenile delinquent, and fledgling social critic… [the album] still stands as one of rap’s crowning achievements.” NPR Music called the collection “[a] masterwork of story-telling, lyricism and beat-making,” while upon the album’s release, The Village Voice gave Nas the title of, “one of the most important writers of the 20th century.”

Nas emerged from the Queensbridge neighborhood of Long Island City, a hotbed of rap artists since the ’80s. The son of jazz trumpeter Olu Dara, he has since gone on to sell over 20 million albums worldwide over the span of his legendary career, and has acted as an ambassador for hip-hop culture throughout the globe. Since the release of Illmatic, he has released 9 solo albums and 3 compilations all of which have been certified double-platinum, platinum and gold. His most recent release was 2012‘s Life Is Good, which debuted at #1 on the Billboard Top 200, marking the sixth #1 album that Nas has produced in his career. The collection also received four GRAMMY nominations bringing the rap icon’s GRAMMY recognition count to 13 overall.