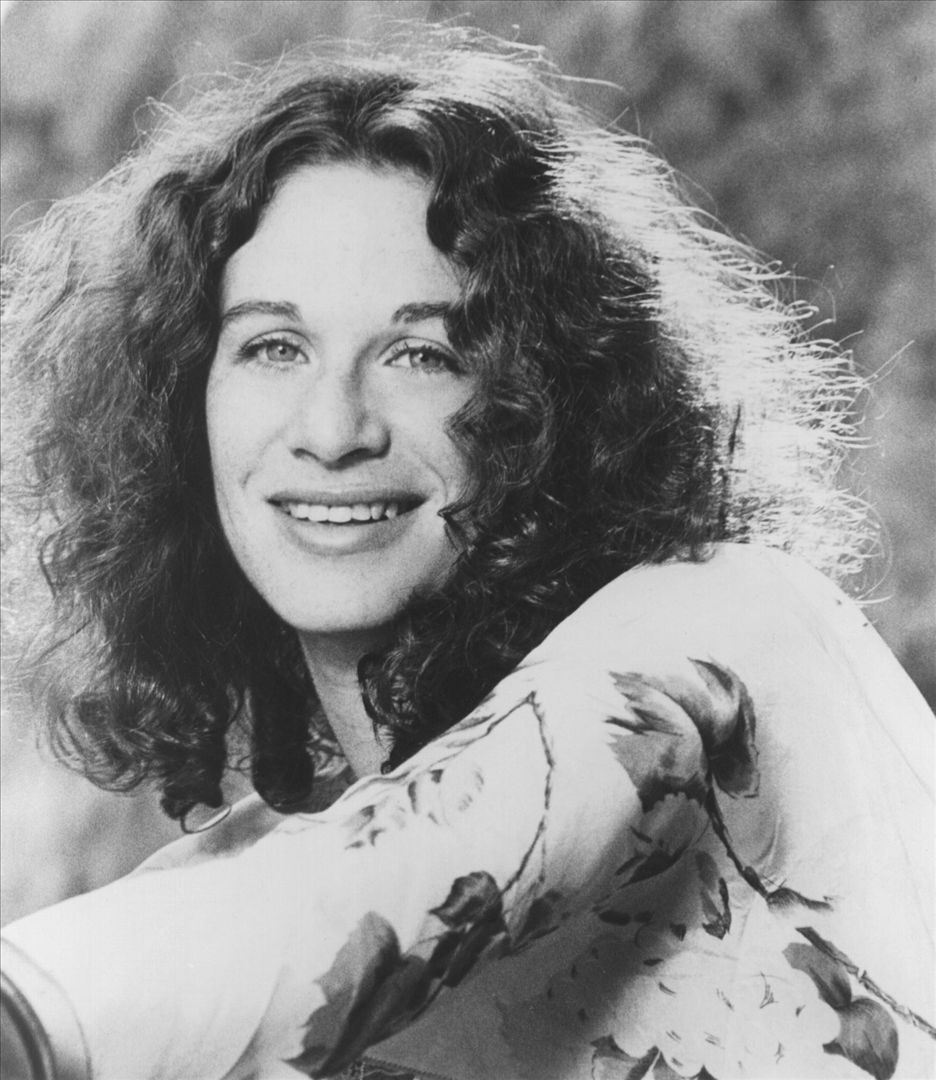 Legacy Recordings, the catalog division of Sony Music Entertainment, celebrates the life and music of four-time Grammy Award®, Lifetime Achievement Award and Grammy® Trustees recipient Carole King as the label’s Artist of the Month for January 2014.

The Artist of the Month campaign coincides with the [official] opening of Beautiful: The Carole King Musical on January 12, 2014, at Broadway’s Stephen Sondheim Theatre.  (The show has been in previews since November 2013.)

The campaign also coincides with Carole King’s honor as 2014 MusiCares® Person of the Year, as announced by the MusiCares Foundation® and the Recording Academy®.  The 24th annual MusiCares® benefit gala dinner and concert will take place in Los Angeles on January 24, 2014, during Grammy® Week, two nights prior to the 56th Annual Grammy Awards®, to be broadcast live on Sunday, January 26th, on the CBS Television Network.

Carole King, inducted into the Rock And Roll Hall Of Fame in 1990, is one of the most honored and celebrated singers and songwriters in contemporary music, and rightly so.  No musician from the rock and roll era has left a more durable imprint than she has, nor probably ever will.  Her litany of original hits (especially those written with partner Gerry Goffin) is enough to ensure that fact.  One person’s list might top out with “Some Kind Of Wonderful” and “Up On the Roof” (the Drifters), “The Loco-Motion” (Little Eva), “Oh No Not My Baby” (Maxine Brown), and “A Natural Woman (You Make Me Feel Like)” (Aretha Franklin), and King’s own “It Might As Well Rain Until September.”

Another person’s list could just as well include “Take Good Care Of My Baby”* (by Bobby Vee), “Halfway To Paradise” (Tony Orlando), “Every Breath I Take” (Gene Pitney), “Hey, Girl” (Freddie Scott), “Go Away Little Girl” (Steve Lawrence), “Crying In the Rain” (the Everly Brothers), “I Can’t Stay Mad At You” (Skeeter Davis), “Her Royal Majesty” (James Darren), “Just Once In My Life” (the Righteous Brothers), and of course, James Taylor’s Grammy Award®-winning “You’ve Got A Friend.”

As well, the enduring phenomenon of the girl groups is forever associated with Goffin & King’s “Will You Love Me Tomorrow” (by the Shirelles), “Chains” and “Don’t Say Nothin’ (Bad About My Baby)” (the Cookies), “One Fine Day” (the Chiffons), and “He Hit Me (It Felt Like a Kiss)” (the Crystals).

From the start of the British Invasion, Goffin & King charted with “I’m Into Somethin’ Good” (Herman’s Hermits), and “Don’t Bring Me Down” (the Animals).  American bands scored with “Goin’ Back” and “Wasn’t Born To Follow” (the Byrds), “So Much Love” and “Hi-De-Ho” (Blood, Sweat & Tears), “Take a Giant Step,” “Pleasant Valley Sunday” and “Porpoise Song (Theme from Head)” (the Monkees), and many more

Legacy will continue its role as the steward of Carole King’s classic album catalog on Ode Records (1970 to 1976), with special attention to two best-selling titles: Tapestry (1971), RIAA diamond (10 million) certified in the U.S. with 25 million world­wide sales, one of the best-selling albums of all time, 15 weeks at #1 in Billboard, 302 weeks overall, featuring the hit single sides “It’s Too Late” b/w “I Feel the Earth Move,” “So Far Away” b/w “Smackwater Jack,” and definitive standards “Will You Love Me Tomorrow?” and “(You Make Me Feel Like A) Natural Woman”; and The Essential Carole King (2010), the uniquely conceived 2-CD 33-song set, with Disc One (Singer) devoted to her own recordings, and Disc Two (Songwriter) comprising many of the aforementioned ’60s artists’ hits.

As L.A.-based music journalist/historian Harvey Kubernik wrote in his album notes for The Essential Carole King, “There was Sam Cooke, Dylan, Brian Wilson, Lennon & McCartney, Neil Diamond, John Phillips, Smokey Robinson, and others, but no other female artist, up to that point, had so forged the writer, folkie, rock, R&B, singer, songwriter, performer, hitmaker, life style maker as Carole did on Tapestry.”

The MusiCares® honor recognizes King for her career achievements as well as her tireless philan­thropic efforts, which have focused on environmental causes for decades, including forest ecosystem protection.  Proceeds from the benefit gala provide essential support for MusiCares®, which ensures that music people have a place to turn in times of financial, medical and personal need.  Among the roster of multi-Grammy® Award-winning artists who will perform in King’s honor at the MusiCares® benefit gala will be the Dixie Chicks, Lady Gaga, Bette Midler, Jason Mraz, James Taylor, and Steven Tyler.

The MusiCares® honor is reminiscent of last May 2013, when President Obama presented Carole King with the fourth annual Library Of Congress Gershwin Prize for Popular Song (following previous recipients Burt Bacharach & Hal David, Paul McCartney, Stevie Wonder, and Paul Simon).  After an all-star concert in her honor at Coolidge Auditorium, King was feted at an intimate White House concert attended by the President, his family and friends.