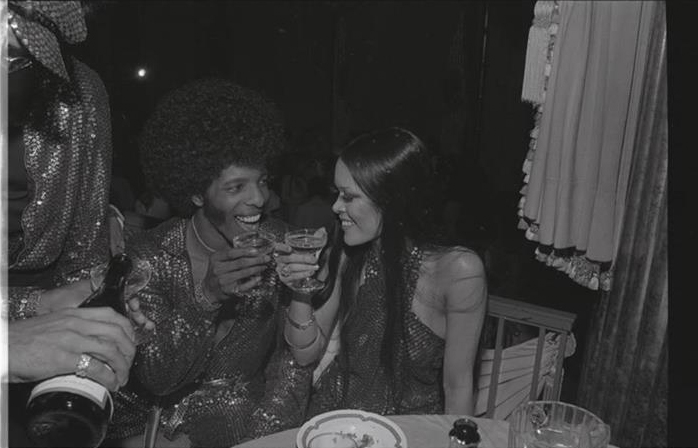 Sly & The Family Stone‘s “Higher!” on Legacy Recordings is a new career retrospective on CD and vinyl that celebrates the band’s groundbreaking extrapolations of psychedlic funk and soul. Two of their songs, “Dance to the Music” and “Thank You (Falettinme Be Mice Elf Again),” are among The Rock & Roll Hall of Fame’s 500 Songs that Shaped Rock & Roll. Sly has been a recluse for many years. But on June 5th, 1974, he declared his love for the model-actress Kathy Silva in a very public way during the group’s sold-out concert at Madison Square Garden. At the reception at the Waldorf-Astoria Hotel following the show, photographer Don Hunstein captured the newlyweds in a champagne toast. The marriage would dissolved in a matter of months, but the moment is preserved forever in a magnificent new book, just published by Insight Editions, called KEEPING TIME: THE PHOTOGRAPHS OF DON HUNSTEIN: INSIDE THE UNSEEN ARCHIVE OF COLUMBIA RECORDS. Click here to order your copy now: http://smarturl.it/KeepingTime