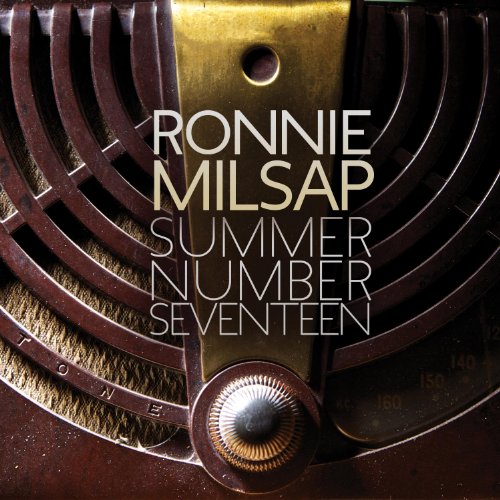 Ronnie Milsap, six-time Grammy-winning icon who blurred genres and dominated various charts beyond country, releases Summer #17 (http://smarturl.it/milsap17_amzn) on January 28. An homage to the various styles of music that shaped his singularly bluesy take on modern country, the 12 song collection is defined by his instinctive keyboard playing and soulful vocals, as well as including a reprise of “Lost in the Fifties Tonight (In The Still of the Night),” the title track to his fourth Country Music Award Album of the Year.

“We are shaped by the music we hear when we’re young,” Milsap explains. “Everything we do as artists starts there, and then we build and explore. These are many of the songs for me. I can tell you every summer, every place I was when I heard them.”

Beyond his R&B Top 5 “Never Had It So Good,” written by Ashford & Simpson on Scepter Records, Milsap placed nearly 20 songs at the top of the AC and Top 40 charts, including “There’s No Getting Over Me,” “Smoky Mountain Rain,” “Any Day Now,” Almost Like A Song” and “What A Difference You’ve Made in My Life.” To create a canon like that, an artist must draw on some pretty strong influences.  For Summer #17, Milsap did. Drawing on early encourager Ray Charles’ songbook for “Georgia On My Mind,” Milsap also embraces Mandy Barnett for the Stylistics’ creamy R&B “You Make Me Feel Brand New,” Bobby Darin’s traditional pop “Mack The Knife,” Jimmy Ruffin’s old school soul “What Becomes of the Broken Hearted” and  Hank Williams Sr.’s unfiltered lonesome “I Can’t Help It If I’m Still In Love With You.”

In addition, there’s a brand new title track, summating the power of what those summers of coming of age mean, which can be heard exclusively at Nashville’s daily paper’s Tennessean.com (http://smarturl.it/milsap17_single). For Milsap, approaching his 5th decade on the Opry, a Country Music Award “Entertainer of the Year” and an Academy of Country Music Pioneer Award recipient, the impact of those formative years remains as potent now as ever.“You never forget the songs that first turn you on,” he says. “They fire your creativity, they inspire you to make music of your own… and they’re there when you first fall in love. Those are things that never fade.”

Having just done a surprise walk-on performance during Hunter Hayes’ sold-out debut at Nashville’s legendary Ryman Auditorium, where the platinum-plus 22-year old songwriter/guitarist told the crowd, “When you hear his music, mine will all of a sudden make sense,” Milsap will also take his music to the fans. His 40/40 Vision Tour – marking the 40 #1s and 40+ years – is being finalized; Summer #17 arrives January 28.

Founded in 1990 by CBS Records (rebranded Sony Music in 1991), Legacy’s original mission was to preserve and reissue recordings from the extensive catalogs of Columbia Records (including ARC, Brunswick, OKeh and Vocalion), Epic Records (including Philadelphia International Records) and associated CBS labels.  Following the creation of Sony BMG Music Entertainment in 2005, Legacy assumed responsibility for the preservation and ongoing availability of recordings from the archives of the BMG family of labels including RCA Records, Arista, J Records, Jive, Profile, Silvertone, Sony BMG Nashville and Windham Hill, as well as imprints including American, Bang!, CTI, Mainstream, Monument, Ode, and others.