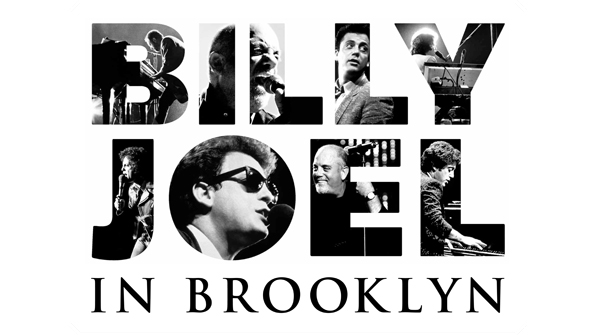 BROOKLYN (October 31, 2013) – Billy Joel will headline a solo arena concert in New York City for the first time since 2006 when he performs at Barclays Center in Brooklyn on New Year’s Eve.

Tickets will go on sale beginning November 9 at 10 a.m. and can be purchased online via Ticketmaster by visiting www.barclayscenter.com, www.ticketmaster.com or by calling 800-745-3000. Tickets will also be available at the American Express® Box Office at Barclays Center beginning Monday, November 11 at noon, if tickets are still available.

“We are proud that Billy has chosen to make Brooklyn his first arena concert in New York City since 2006,” said Brett Yormark, CEO of Barclays Center. “When we opened Barclays Center 13 months ago, Billy was one of the must-have artists for our building and we are thrilled that he will be ringing in the New Year on Brooklyn’s biggest stage. New York City born and Long Island raised, Billy is an iconic New Yorker and we are looking forward to a memorable evening.”

The concert will open with Ben Folds Five at 9:30 p.m., followed by Joel.

Billy Joel is one of the highest grossing touring artists in the world. Having sold over 150 million albums globally, Joel’s music has remained among the most popular in the world. The singer/songwriter/composer is the sixth best-selling recording artist of all time and the third best-selling solo artist.

Earlier this month, Joel thrilled the crowd as he performed is first Long Island concert in 11 years. He also paid tribute to Long Island Cares, the Happauge-based charity founded by Harry Chapin that Joel chose to receive proceeds from the sold-out show. This October, Joel returned to Europe for the first time in seven years to perform three shows in the UK and his first-ever indoor concert in Ireland, at the O2 in Dublin. In December, Billy Joel will receive The Kennedy Center Honor, one of the United States’ top cultural awards.

Billy Joel has received six GRAMMY® Awards, including the prestigious Grammy Legend Award. He has been inducted into the Songwriter’s Hall of Fame and the Rock and Roll Hall of Fame and has received numerous industry awards. His music has also served as the inspiration and score for the hit, Tony-winning Broadway play “Movin’ Out.”. Joel was honored by Steinway & Sons with a painted portrait that hangs in Steinway Hall in Manhattan. He is the first non-classical pianist to be immortalized in the Steinway Hall collection. Joel played the final concerts at Shea Stadium to more than 110,000 fans. The concerts were featured in the 2010 documentary film, “The Last Play At Shea.”

About Barclays Center
Barclays Center opened on September 28, 2012, and is a major sports and entertainment venue in the heart of Brooklyn, New York. One of the most intimate seating configurations ever designed into a modern multi-purpose arena, Barclays Center offers 17,732 seats for basketball, 15,813 for hockey, and up to 18,000 seats for concerts, and has 101 luxury suites, four bars/lounges, four clubs, and 40/40 CLUB & Restaurant by American Express.

Barclays Center has redefined the arena customer service and culinary experience. Its more than 2,000 employees are trained by Disney Institute, the business advisory arm of The Walt Disney Company, and its BrooklynTaste™ food program features selections from 55 well-known restaurants and vendors in the borough.

Barclays Center engages the customer with state-of-the-art technology to enhance the fan experience. As the first arena in the world to utilize Cisco StadiumVision mobile multicast streaming technology, Barclays Center allows fans to watch live video and instant replays from their mobile phones while connected to the arena’s free Wi-Fi.

Located atop one of the largest transportation hubs in New York City, Barclays Center is accessible by 11 subway lines, the Long Island Rail Road, and 11 bus lines.