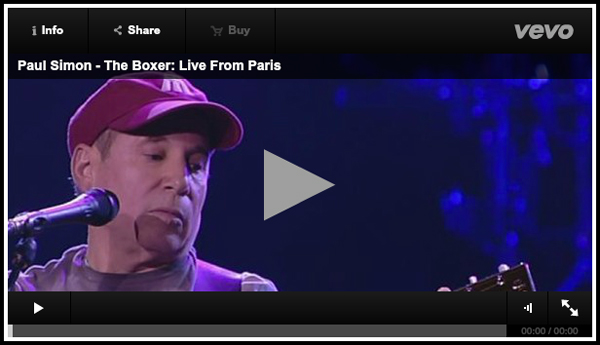 In celebration of the release of Paul Simon’s The Complete Albums Collection, Rolling Stone has an exclusive first look at a live clip of Paul performing his beloved folk ballad, “The Boxer” in Paris during the tour behind his 2004 record, You’re the One. For a song he’s undoubtedly performed thousands of times, Simon still makes it shine with his nimble fingerpicking and soft, almost detached coo of a voice — he even cracks a smile when a few fans hoot and holler after our lonesome, struggling narrator can’t get a job offer, “just a come-on from the whores on Seventh Avenue.”

Read more and watch the video at RollingStone.com.