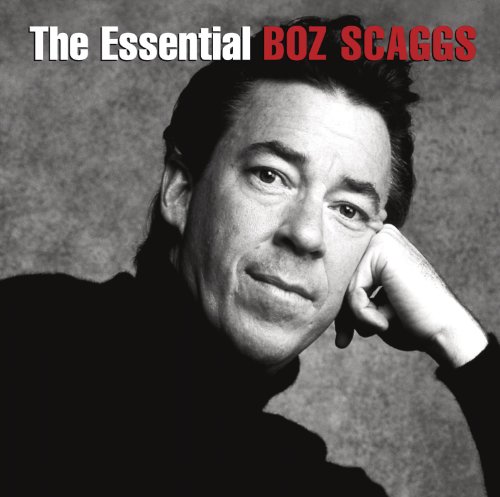 Grammy Award®-winner Boz Scaggs’ unique mix of blues and soul, rock, and sophisticated R&B all comes together on THE ESSENTIAL BOZ SCAGGS (http://smarturl.it/boz_essential_amzn), a new collection of his work that will be available everywhere October 29th through Columbia/Legacy, a division of SONY MUSIC ENTERTAINMENT.

THE ESSENTIAL BOZ SCAGGS is the first 32-song, double-CD collection to track his solo career from 1969 (his seminal self-titled American debut LP on Atlantic Records, produced by  Rolling Stone editor/publisher Jann Wenner in Muscle Shoals, with Duane Allman on lead guitar) all the way to 2013 (his Memphis album, a tribute to that city’s musical greats).  At the heart of this collection are 23 cuts that cover his near two-decade stay at Columbia Records starting in 1971, including 14 Hot 100 chart singles that established him on radio in the U.S.

The well-crafted liner notes essay for THE ESSENTIAL BOZ SCAGGS (which utilizes exclusive interview material gathered for the occasion) is written by Rolling Stone contributing editor Anthony DeCurtis.  He analyzes Scaggs’ Texas rhythm & blues-flavored vocal mastery, and points to his hitmaking years at Columbia as “a seemingly unstoppable roll.”

The juggernaut began with Slow Dancer in 1974 (produced by Johnny Bristol), and reached cruising speed in the spring of 1976, with the release of Silk Degrees.  That album’s string of four hits kept him inside the Top 40 on pop and R&B lists for more than a year: ‘It’s Over,” “Lowdown” (Grammy Award® for Best R&B Song), “What Can I Say,” and “Lido Shuffle.”  All four of those touchstones are included on THE ESSENTIAL BOZ SCAGGS, along with the Silk Degrees album tracks “We’re All Alone” (which served as a B-side on two separate singles) and “Harbor Lights.”

Silk Degrees was aided immeasurably by pre-Toto musicians Jeff Porcaro on drums, bassist David Hungate, and 21-year old David Paich on keyboards, Scaggs’ backing rhythm section on the road for more than two years.  Silk Degrees remains an iconic album which set the stage for much of what followed in the late ’70s, with sales over 5 million copies to date in the U.S. alone.  For Scaggs, it was the kickoff of the “seemingly unstoppable roll” that propelled him through the rest of that first decade with Columbia and his next three albums, each represented on THE ESSENTIAL BOZ SCAGGS:

After more than six years of non-stop touring and recording, Boz Scaggs took a well-earned sabbatical that turned into an eight year hiatus.

Scaggs’ final Columbia album (and his first in the CD era) arrived in 1988, Other Roads, featuring the Top 40 chart hit, “Heart Of Mine.”  In 1994, he was the guest of the syndicated Columbia Records Radio Hour.  One of the show’s highlights was his version of the vintage blues “As The Years Go Passing By,” backed by Booker T. & the MG’s.

That same year (1994), Scaggs began his three album stint on Virgin Records with Some Change.  Critics praised the co-production (his first official time behind the console) with Ricky Fataar of the Beach Boys, and the album became the source of “Some Change” and “Sierra.”  Come On Home, a thematic album of Scaggs’ favorite soul and R&B numbers followed in 1997, featuring Earl King’s “It All Went Down The Drain.”

Twenty years after Silk Degrees and Toto, David Paich returned to co-produce (with Danny Kortchmar) Dig, Scaggs’ final Virgin album, the source of “Miss Riddle,” “Thanks To You” (both co-written by Scaggs and Paich), and “I Just Go.”  THE ESSENTIAL BOZ SCAGGS concludes with “Gone Baby Gone” (produced by Steve Jordan), the opening track on Memphis, released on the Los Angeles-based roots-rock label, 429 Records.

“Scaggs feels more conviction about the quality of work he is doing than ever before,” DeCurtis writes of the artist.  “There’s a point at which you rely on inspiration, which is there from the beginning, but as with any career that has any kind of arc, I eventually began to recognize my own style.  I really began to find out what I was doing here.”