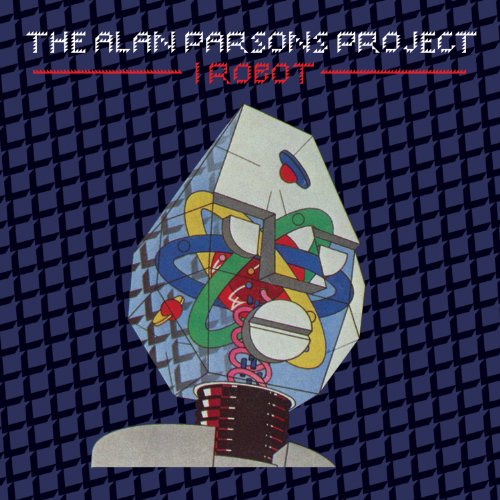 The Alan Parsons Project’s breakthrough second album from 1977 is celebrated with the release of I Robot: Legacy Edition (35th Anniversary), a commemorative double-CD package that will be available everywhere September 17, 2013, on Arista/Legacy.  Pre-order at: http://smarturl.it/irobot_amzn

The release of I Robot: Legacy Edition (35th Anniversary) has been personally overseen by Alan Parsons and Sally Woolfson, daughter of Parsons’ long-time collaborator, the late Eric Woolfson.  The release follows up tour dates by Parsons through Italy, Germany, Luxembourg, and Austria, running from July 19 through August 6.  (Please see all tour dates below.)

The arrival of I Robot: Legacy Edition (35th Anniversary) is also a prelude to the early 2014 release of The Alan Parsons Project Complete Album Collection.  This 11-CD box set will mark the first time that all 10 of the original albums by the APP have been issued together in a box set, including the 1976 debut, Tales of Mystery and Imagination: Edgar Allan Poe (from 20th Century/Mercury/Universal).  The 11th CD, The Sicilian Defence, was originally intended as the fourth Arista LP, circa 1979-80, but went unreleased (and unheard) until this box set appearance.

For the second APP album, the duo turned their attention to the writings of science fiction great Isaac Asimov. The inspiration was I, Robot, Asimov’s 1950 short stories collection.  The book was optioned to a television/film company, hence the deletion of the copyrighted comma in the APP’s title.  Nonetheless, Asimov encouraged the musicians with their concept.  The album, as the liner notes explain, “to some extent looks at the questions and the extent to which, as human beings, we may or may not be pre-programmed and act in a robotic fashion, as well as the dangers of uncontrolled development of artificial intelligence.”

On I Robot, Parsons and Woolfson set a precedent by utilizing different lead vocalists to suit each composition, including Woolfson himself and such names as Lenny Zakatek of Gonzalez, Allan Clarke of the Hollies, Steve Harley of Cockney Rebel, and others.  Principal musicians comprised Pilot band members Ian Bairnson (guitars), David Paton (bass), and Stuart Tosh (drums), with Woolfson taking over for ailing Pilot keyboardist Billy Lyall.  The album employed many technical advances, such as the EMS Synthi-A ‘suitcase’ synth sequencer (heard on Dark Side Of The Moon), a portable electronic pipe organ, an analogue keyboard instrument called the Projectron (predecessor to ’80s digital samplers), and so on.  In many ways, the production of I Robot set the stage for the next decade of landmark album recordings by the Alan Parsons Project.