Star-powered collaborations with Keith Richards (“Jumpin’ Jack Flash”), the Eurythmics (“Sisters Are Doin’ It For Themselves”), George Benson (“Love All The Hurt Away”), Whitney Houston (“It Isn’t, It Wasn’t, It Ain’t Never Gonna Be”), George Michael (Grammy Award®-winning “I Knew You Were Waiting (For Me)”) – and more!

Release coincides with observance of Black History Month in February, and Aretha’s return to Radio City Music Hall in New York for concerts on February 17 & 18th 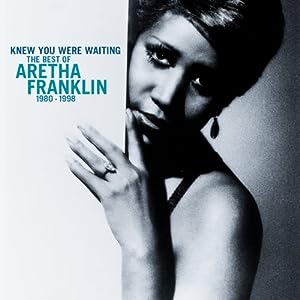 The 70th birthday of Queen Of Soul Aretha Franklin, winner of 15 Grammy Awards® and the first female ever to be inducted into the Rock and Roll Hall Of Fame, will be celebrated on March 25, 2012. In honor of this momentous occasion, and also in advance of Black History Month in February, KNEW YOU WERE WAITING: THE BEST OF ARETHA FRANKLIN 1980-1998 will be available at all physical and digital retail outlets starting January 31, 2012, through Arista/Legacy, a division of SONY MUSIC ENTERTAINMENT.

KNEW YOU WERE WAITING puts the spotlight on Aretha’s hitmaking years as an Arista Records artist, working closely with Arista founder and president Clive Davis. Davis served as executive producer of KNEW YOU WERE WAITING, which was compiled and produced by Leo Sacks, known for his work on last year’s definitive box set, Take A Look: Aretha Franklin Complete on Columbia, as well as scores of historic Soul and R&B projects for Legacy Recordings over the past two decades.

The new chronologically-sequenced, 15-song collection is the first major U.S. release to focus on the nearly two-decades string of hits that marked Aretha’s tenure at Arista. These range from her label debut, 1980’s #3 comeback R&B smash “United Together” (her first Top 5 hit in over three and a half years), to 1998’s iconic #5 R&B entry, “A Rose Is Still A Rose,” written, produced and arranged by Lauryn Hill of the Fugees.

“When Aretha Franklin signed to Arista Records in 1980,” writes Ernest Hardy in his liner notes to KNEW YOU WERE WAITING, “she had nothing left to prove… She had redefined the terms and reset the boundaries of both R&B and pop. She had sung jazz, gospel and blues, and erased the lines between them. She embodied the beauty that was Blackness while providing a soundtrack to the Civil Rights movement of the 1960s. She had worked with the very best songwriters, musicians, producers, arrangers and visionaries, and proved herself to be one of the best singers, songwriters, musicians and visionaries the music industry had ever seen.” Hardy is an award-winning cultural critic and essayist based in Los Angeles.

Underscoring Hardy’s point, Aretha’s Arista years were indeed marked by a steady flow of successful collaborations with contemporary music’s “very best songwriters, musicians, producers, arrangers and visionaries.” Virtually every track on KNEW YOU WERE WAITING supports this, starting with “United Together,” which was written and produced by Chuck Jackson (known for his career-making hits with Natalie Cole), and features Aretha’s beloved Sweet Inspirations on backing vocals (the ‘original’ lineup of Cissy Houston, Myrna Smith, Sylvia Shenwell and Estelle Brown). Likewise, “Love All The Hurt Away,” a duet with George Benson, was written by Sam Dees, and produced by the late Arif Mardin, the legendary producer who worked on so many of Aretha’s early breakthrough ’60s and ’70s Atlantic LPs.

Lauryn Hill, Arif Mardin and Chuck Jackson are just three of the important producers with whom Aretha worked at Arista. In addition to tracks produced by Luther Vandross (with arrangements by Marcus Miller), Narada Michael Walden, and Kenneth ‘Babyface’ Edmonds, KNEW YOU WERE WAITING also includes tracks produced by Keith Richards of the Rolling Stones and Dave Stewart of the Eurythmics.

In addition to the collaborations above, KNEW YOU WERE WAITING contains many more A-list collaborations that have become cornerstones in the Aretha canon:

KNEW YOU WERE WAITING as Hardy concludes, “makes clear that Aretha Franklin was a vibrant, soulful, stretching, creative, forceful artist at Arista Records. She kept her fingers on the pulse of the world around her while sating old fans and scoring new ones. Her music at the label was about a place that exists behind and beyond mere words… No one expresses joy the way she does. No one conveys grief or loss with anywhere near her force or heartbreaking precision. She burns right through the words she sings, taking you straight to the core. That is her unmatched genius.”