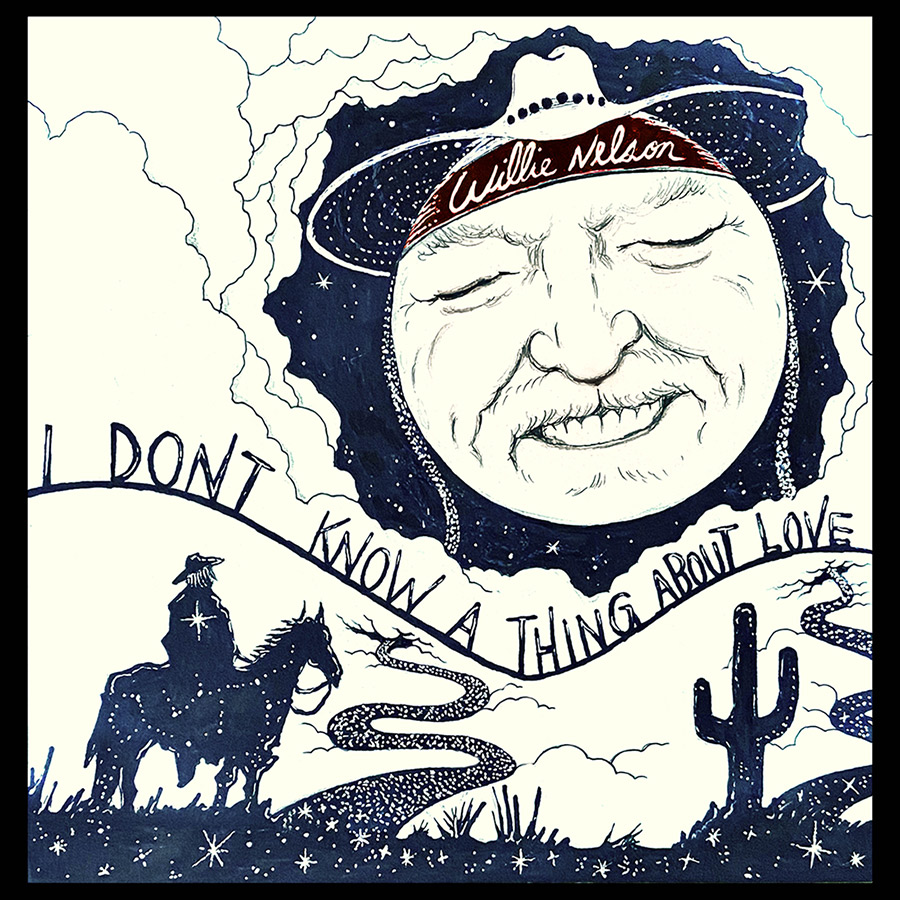 Legacy Recordings, a division of Sony Music Entertainment, will release I Don’t Know A Thing About Love, the new studio album from Willie Nelson, on Friday, March 3.

Digital and CD configurations of Willie Nelson’s I Don’t Know A Thing About Love may be pre-ordered HERE.

Vinyl Me, Please (VMP) will be offering an exclusive 12″ vinyl edition of I Don’t Know A Thing About Love later this year.

For his new album, Willie Nelson and band recorded fresh interpretations of 10 classic compositions penned by the legendary American songwriter Harlan Howard, an early musical contemporary of Willie’s who famously defined a great country song as “three chords and the truth.”

In a career spanning six decades, Howard wrote many popular songs and enduring standards for a variety of artists.  In 1961 alone, he had 15 compositions on the country charts, which earned him ten BMI awards.  He was inducted into the Nashville Songwriters Hall of Fame in 1973 and, in 1997, was inducted into both the Country Music Hall of Fame and the Songwriters Hall of Fame.  Harlan Howard died in Nashville in 2002, at age 74, and was buried in Nashville City Cemetery.

With the release of I Don’t Know A Thing About Love, Willie Nelson brings his own perspective to the abiding musical legacy of Harlan Howard with sublime studio performances of 10 Howard compositions including the album’s first single, “Busted,” being released online today.  Written in 1962, “Busted” is the saga of a dirt-poor farmer bemoaning his overdue bills, crop failures, and other financial woes while maintaining a sense of hope for the future.  The up-beat and catchy melody of “Busted” ironically underscored some potentially bleak content making the song a hit in 1963: first for Johnny Cash with the Carter Family on Billboard’s Hot Country Singles chart (#13) and then, memorably, a Top 10 smash for Ray Charles on the Billboard Hot 100 (#4).  Ray Charles and Willie Nelson recorded a live version of “Busted” on Ray’s 2005 duets album, Genius & Friends.  John Conlee hit #6 on the Billboard Hot Country Singles chart with his cover of “Busted” in 1982.

Willie Nelson – I Don’t Know A Thing About Love

1. Tiger By The Tail

4. Life Turned Her That Way

5. I Don’t Know A Thing About Love

8. She Called Me Baby

9. Too Many Rivers 10. Beautiful Annabel Lee