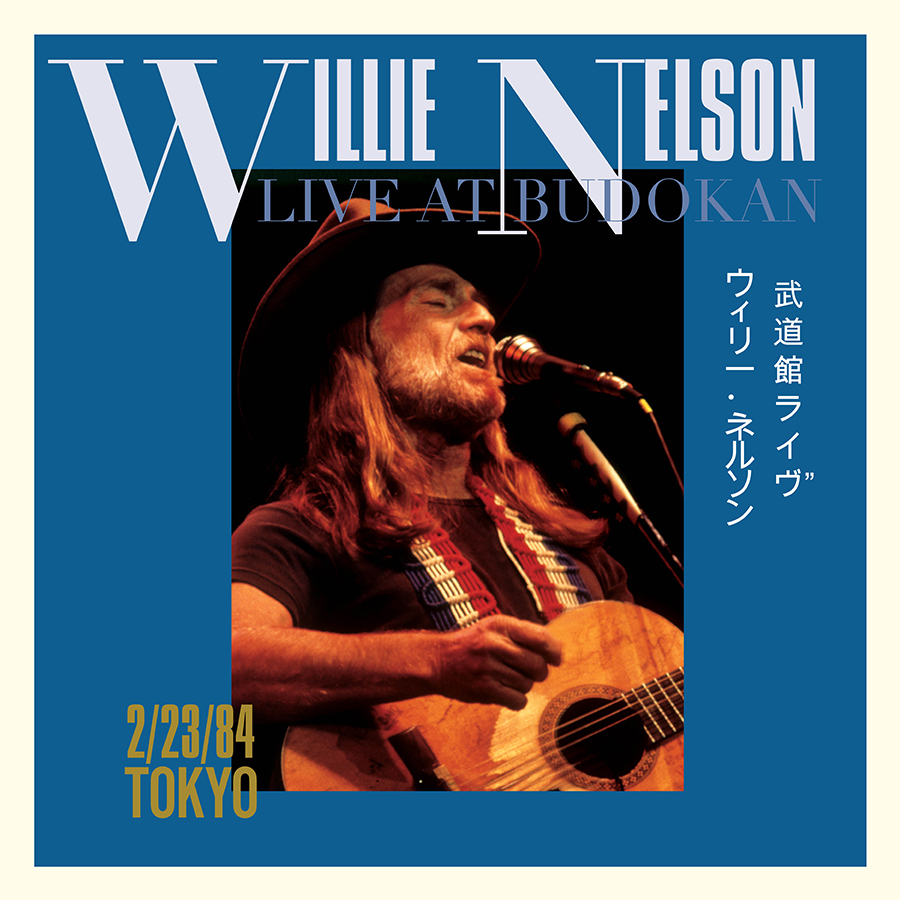 Willie Nelson Live At Budokan will be available in digital and 2CD/1DVD configurations and may be pre-ordered HERE. A 2LP 12″ vinyl pressing of Willie Nelson Live At Budokan will also be available exclusively at independent record stores as part of Record Store Day’s Black Friday event on November 25. Watch the first clip from the release as Willie & Family tackle “Good Hearted Woman,” a song that Willie co-wrote with Waylon Jennings. Watch HERE

While Willie Nelson Live At Budokan has been previously officially available as a LaserDisc in Japan (which is now long-out-of-print with low-grade bootleg copies treasured by collectors), this legendary concert performance of Willie, and his backing Family band, firing on all cylinders is enjoying its first official widespread release this fall.

Produced by Willie’s longtime harmonica player Mickey Raphael (whose production credits include Naked Willie and The Highwaymen box set) and mixed by Tony Castle, Willie Nelson Live At Budokan has been sonically upgraded to showcase the American pop-country icon and his ensemble in Tokyo for the first time, connecting with an audience of Japanese and ex-pat fans through the universal power, truth and beauty of the music in Willie’s repertoire.

Willie’s ensemble that night (February 23, 1984) featured his sister Bobbie Nelson on piano, Paul English on drums, Grady Martin on guitar, Jody Payne on vocals and guitar, Bee Spears on bass and Mickey Raphael on harmonica. The new production and mix of Willie Nelson Live At Budokan offers fans a front row seat at one of Willie’s most exciting shows during an historic period in his career.

Among his autobiographical works, Willie has co-authored books about his band members including Sister Bobbie: True Tales of the Family Band (2020) and the much-anticipated Me and Paul: Untold Tales of a Fabled Friendship (2022), arriving from Harper Horizon on September 20. Willie’s drummer, Paul English, passed away, at age 87, on February 11, 2020. His beloved Sister Bobbie passed away, at age 91, on March 10, 2022.

Willie Nelson & Legacy Recordings
In October 2011, Willie Nelson entered into an historic new record deal with Legacy Recordings, the catalog division of Sony Music Entertainment, marking a label homecoming for Nelson, who, from 1975-1993, had cut a phenomenal string of top-selling singles and albums for Columbia Records, beginning with 1975’s seminal smash Red Headed Stranger. New titles by the artist under the Legacy imprint include newly recorded songs and performances as well as archival releases, personally curated by the artist, drawn from all phases of his career including his recordings for RCA Records and others. Since signing with Legacy, Willie Nelson has sold more than 1 million albums for the label.