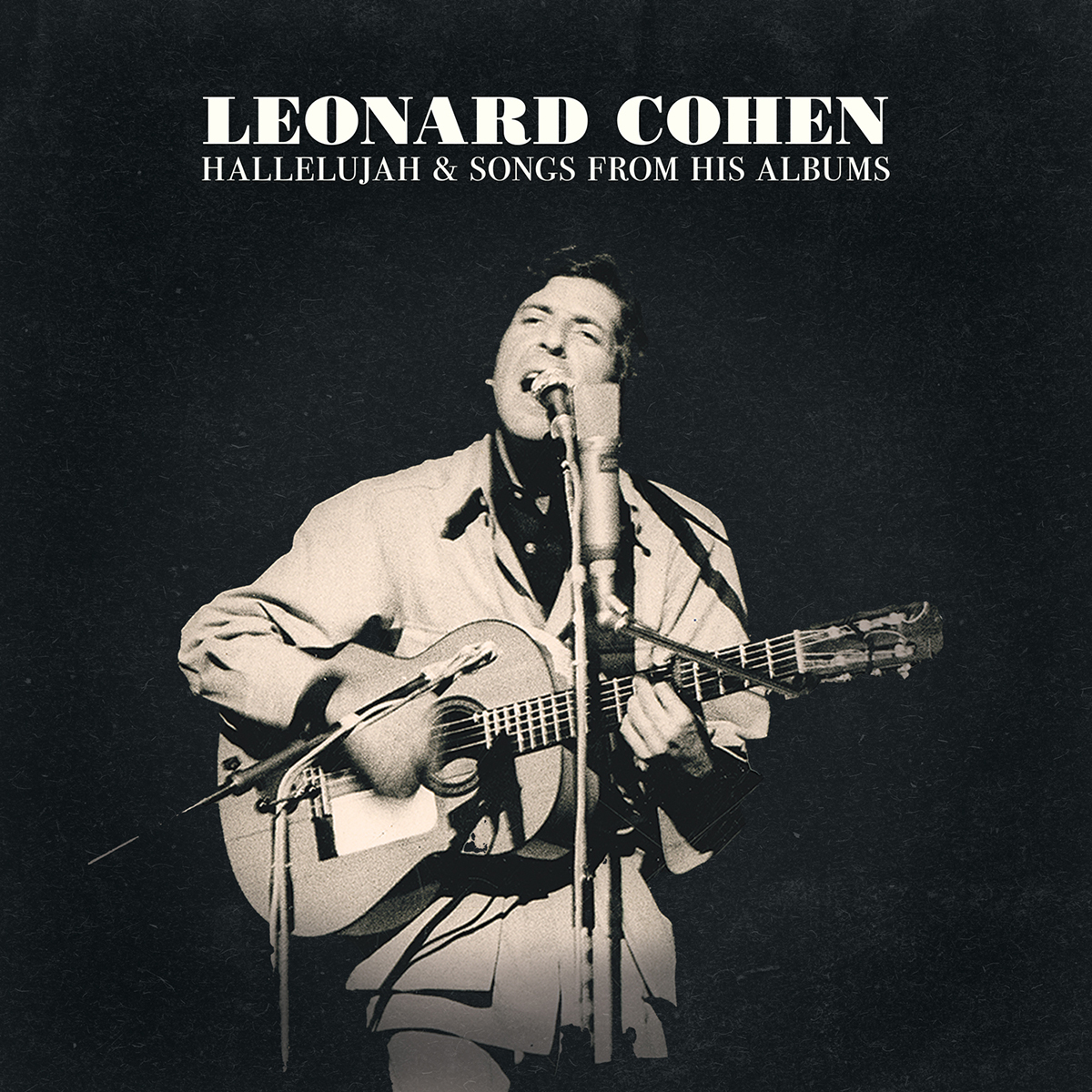 LEONARD COHEN’S CAREER-SPANNING ANTHOLOGY ALBUM HALLELUJAH & SONGS FROM HIS ALBUMS, WITH UNRELEASED 2008 LIVE AT GLASTONBURY VERSION OF “HALLELUJAH” OUT TODAY

This collection is a companion piece to the new documentary Hallelujah: Leonard Cohen, A Journey, A Song, which premieres at Tribeca Festival this month, and was also an official selection at 2021 Venice Film Festival and 2021 Telluride Festival. The film is a definitive exploration of the singer-songwriter as seen through the prism of Cohen’s internationally renowned hymn “Hallelujah.” Approved for production by Leonard Cohen just before his 80th birthday in 2014, the film accesses a wealth of never-before-seen archival materials from the Cohen Family Trust, including Cohen’s personal notebooks, journals and photographs, performance footage, and extremely rare audio recordings and interviews. The feature-length documentary contains moving testimonies from personal friends of Leonard’s such as Adrienne Clarkson and Larry “Ratso” Sloman, and recording artists for whom “Hallelujah” has become a personal touchstone like Judy Collins, Brandi Carlile, and Rufus Wainwright.

Hallelujah (Live at Glastonbury 2008)
Suzanne
Bird on the Wire
Famous Blue Raincoat
Chelsea Hotel #2
Who by Fire
Dance Me to the End of Love
I’m Your Man
Anthem
The Future
In My Secret Life
Recitation w/ N.L. (A Thousand Kisses Deep)
Show Me the Place
Come Healing
You Got Me Singing
You Want It Darker
Thanks for the Dance

Leonard Cohen was a master songwriter, musician, poet, novelist, and visual artist whose stunning body of original work has touched the lives of millions with a career spanning six decades. With over 30 million albums worldwide and 12 published books, Cohen’s influence on musical and theatrical artists the world over is inestimable. Cohen was honoured as a Grammy Lifetime Achievement Award Recipient (2010), inducted into the Rock & Roll Hall Of Fame (2008), the Canadian Music Hall Of Fame (2006), the Canadian Songwriters Hall Of Fame (2006), and the Songwriters Hall Of Fame (2010). He received the prestigious Principe de Asturias Prize (2011), the Glenn Gould Prize (2011), Canada’s highest civilian honours – Officer of the Order of Canada (1991), Companion to the Order of Canada (2003), and the Grand Officer of the National Order of Quebec (2008).