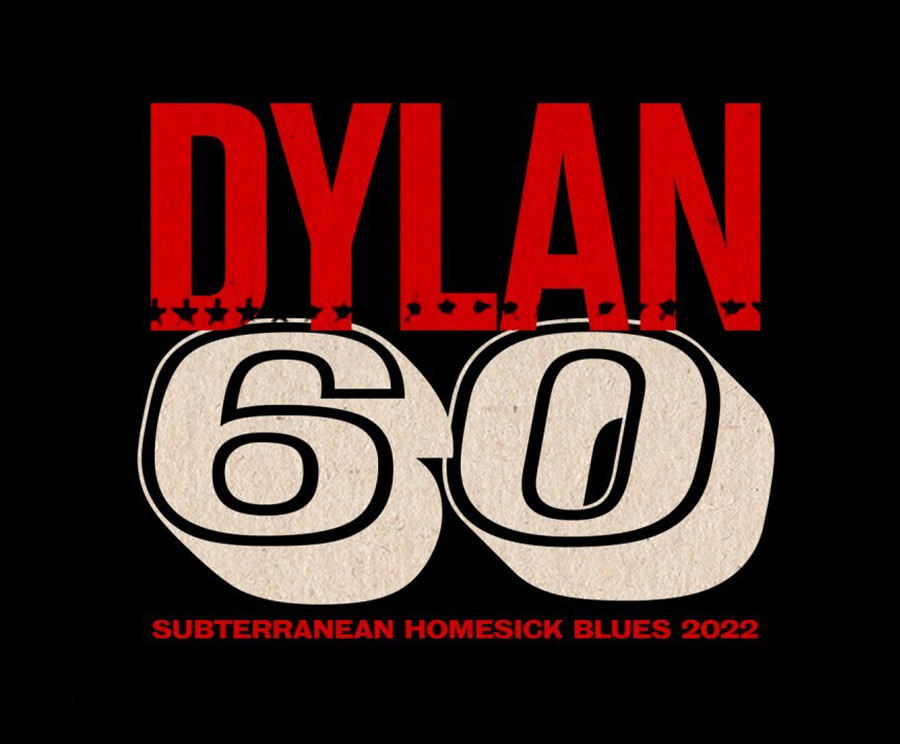 The new “Subterranean Homesick Blues 2022” music film and AR lens filter may be found on the new Dylan60 microsite, which also includes both the original and the newly-designed lyric/cue cards (with artist attribution for the new images) and the classic original clip starring Bob Dylan (with background cameo appearances by Allen Ginsberg and Bob Neuwirth).

The lead track and first single from 1965’s Bringing It All Back Home (Dylan’s fifth studio album for Columbia), “Subterranean Homesick Blues” was one of the artist’s first releases to showcase his new electric sound and became the first Dylan record to break into the US Top 40. A groundbreaking highly influential record, “Subterranean Homesick Blues” has been cited as a precursor to rap while the song’s video clip–featuring Dylan staring into the camera while throwing out lyric/cue cards–is widely acknowledged as one of the cornerstones of music video history.

The Bob Dylan Center is scheduled to open in Tulsa, Oklahoma, on May 10, 2022. Designed by Olson Kundig, the Bob Dylan Center will house and exhibit more than 100,000 exclusive cultural treasures created and owned by Bob Dylan over seven decades. These include handwritten lyric manuscripts to some of the world’s most treasured songs, previously unreleased recordings, never-before-seen film performances, rare and unseen photographs, visual art and other priceless items spanning Dylan’s unparalleled career as one of the world’s most important cultural figures.