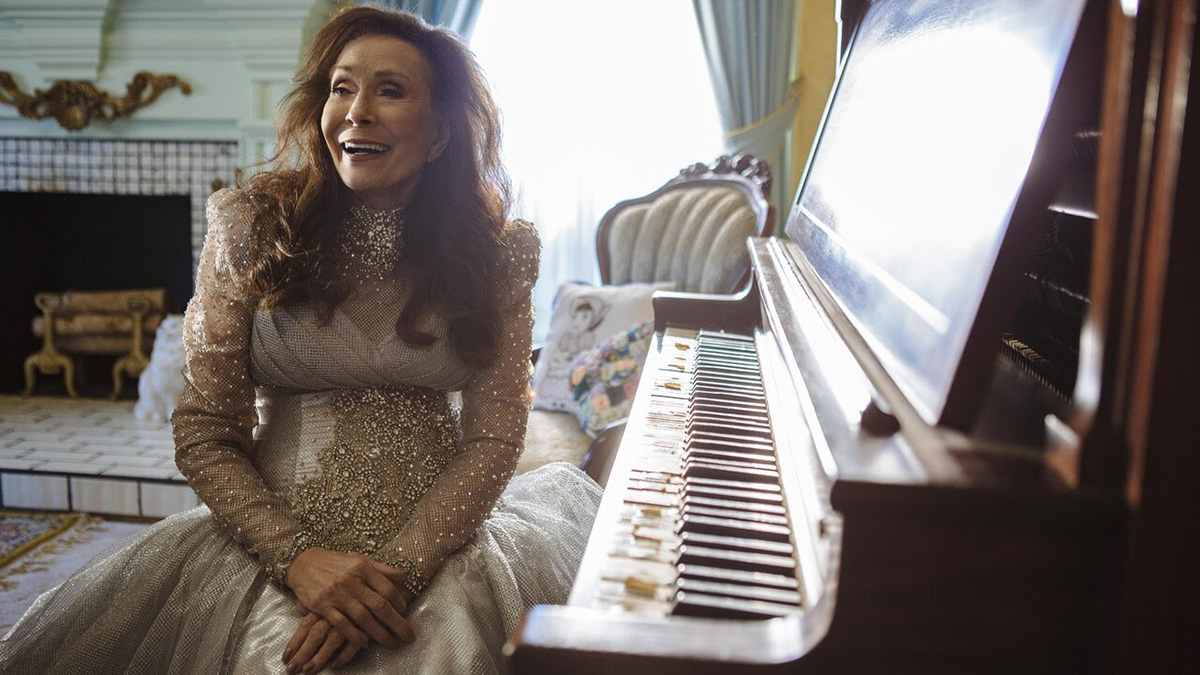 A number of Loretta’s fellow and sister musicians, friends and artists inspired and influenced by her music (including Dolly Parton, Garth Brooks, Alan Jackson, Reba McEntire, Carrie Underwood, Maren Morris, Faith Hill and Tim McGraw, Brandi Carlile, Carole King, Martina McBride, Tanya Tucker, Ashley McBryde and others) have lensed a special birthday greetings video. The video is being hosted on the artist’s website (Loretta Lynn) where fans can sign a birthday card for Loretta, and will be viewable on Loretta’s Facebook and Instagram.

To mark the occasion, SME is dedicating a blossoming magnolia tree to Loretta. Located outside the Frist Learning Center on the Cheekwood Estate & Gardens grounds in Nashville, Tennessee, the tree bears a bronze tribute plaque with the inscription: “Loretta Lynn (b. April 14, 1932) / Coal Miner’s Daughter / Music Icon / Celebrating Her 90th Birthday.” Cheekwood is a 55-acre botanical garden and art museum located on the historic Cheek estate, an historical landmark where beauty and excellence in art and horticulture nurture the spirit and serve as inspiration for a diverse and broad audience.

“For generations of fans, Loretta Lynn is the heart and soul of American country music, the woman who showed us the untapped possibilities of the genre through the genius and direct perspectives of her songs and the integrity of her performances,” said Richard Story, President, Commercial Music Group, SME. “Please join me and everyone in the Sony family in wishing Loretta the happiest of birthdays along with a deep appreciation for all the magic, truth and beauty she’s shown us through her music over the years.”

Loretta is donating effects from her personal archives to the Smithsonian’s National Museum of American History. Among the artifacts are: a 1960s yellow gingham dress sewn by Lynn and a photograph of Loretta wearing the dress while signing autographs; the red gown designed by Loretta’s longtime dressmaker Tim Cobb and worn by Loretta as an honoree at the 26th Kennedy Center Honors in 2003; Loretta’s original handwritten lyrics to “Fist City,” her controversial 1968 Billboard #1 Hot Country Single; first edition copies of her autobiographies–“Coal Miner’s Daughter” (1976) and “Still Woman Enough” (2002)–and more.

“As a little girl, I could never have imagined that I’d write books and wear dresses that would wind up in the Smithsonian. These are the kinds of things that make me realize what an amazing life I’ve been given and grateful for what I’m able to share with the world,” said Loretta.

The artist is celebrating her birthday with friends and family and sends heartfelt greetings to her fans “I am getting so many big birthday wishes!,” Loretta exclaimed. “Thank you, friends, for thinking of me. I’m so happy I get to spend a little more time with you all. My family and I are planning a big dinner and, of course, cake! I love you!”

About Loretta Lynn
Loretta Lynn has been long established as the undisputed Queen of Country Music, with more than 50 years of recording and touring to her name. A self-taught guitarist and songwriter, Lynn was one of the most distinctive performers in Nashville in the 1960s and 1970s. She shook up Nashville by writing her own songs, many of which tackled boundary-pushing topics drawn from her own life experiences as a wife and mother. “Coal Miner’s Daughter,” “Fist City” and “Don’t Come Home A’ Drinkin’ (With Lovin’ on Your Mind)” are just three of her 16 #1 country singles.