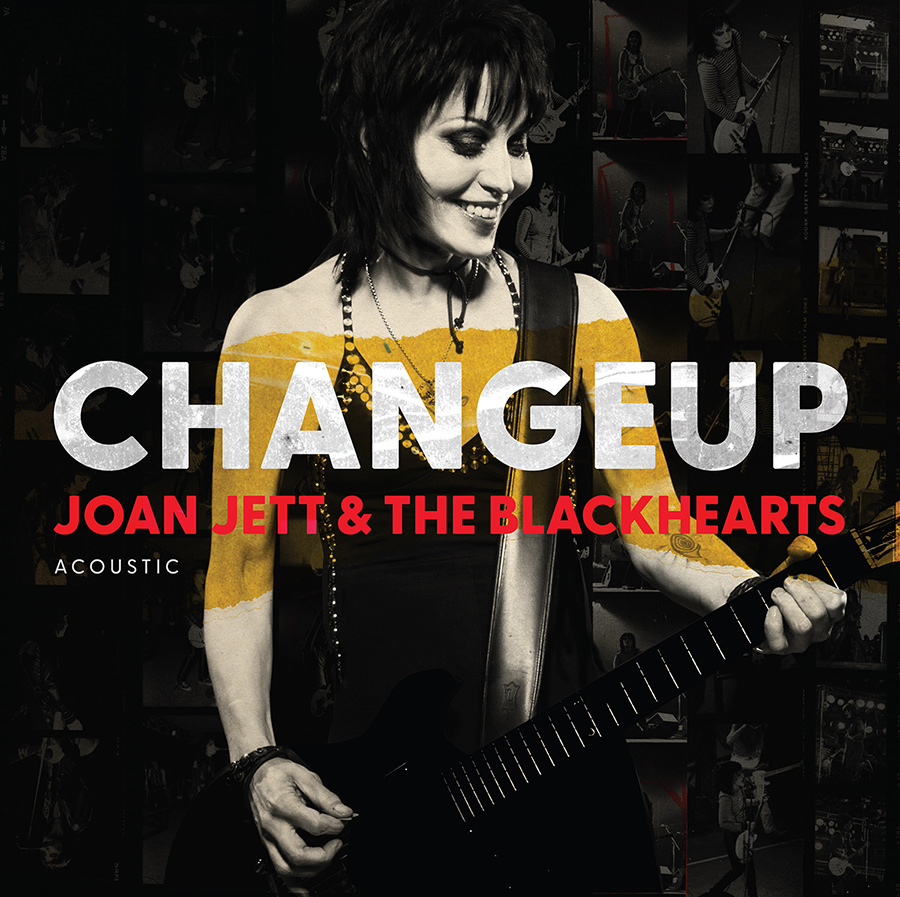 Today, legendary Rock & Roll Hall of Famers Joan Jett and The Blackhearts release new single “(I’m Gonna) Run Away”, off their first-ever acoustic album, Changeup, set for digital release on March 25, 2022 from Joan’s longtime independent label, Blackheart. Featuring chart-toppers like “Bad Reputation” and “Crimson and Clover”, it is at once intimate while capturing all the ferocity and menace for which Joan Jett is known. These 25 new, stripped-down recordings match the current moment in both sound and sentiment. Changeup showcases Joan’s signature, blistering presence with an immediacy that allows listeners to delve into the lyrics with an entirely new slant. Changeup will be available on all digital streaming platforms, as well as in immersive audio including Sony 360 RA and Dolby Atmos. The vinyl release will follow later in 2022.

On January 25, Epiphone, the accessible brand for every stage, released the Joan Jett Olympic Special model, based on two of Jett’s longtime favorite stage guitars– the body and mechanics of her sunburst Olympic, with the color and recognizable sticker collection of her iconic white melody maker. The Epiphone Joan Jett Olympic Special is available worldwide. More details available at any authorized Epiphone dealer, and at www.epiphone.com.

Preceding the release of Changeup, March 20, 2022 marks the monumental 40th anniversary of “I Love Rock & Roll” soaring to #1 on the Billboard charts and remaining there for 7 weeks.

8. You Drive Me Wild

Joan Jett grew up during a time when rock ‘n’ roll was off limits to girls and women, but as a teenager, she promptly blew the door to the boys’ club right off its hinges. After forming her band the Blackhearts in 1979, with whom Jett has become a Rock and Roll Hall of Fame inductee, she has had eight platinum and gold albums and nine Top 40 singles, including the classics “Bad Reputation,” “I Love Rock ‘N’ Roll,” “I Hate Myself For Loving You,” and “Crimson and Clover.” With a career that has spanned music, film, television, Broadway, and humanitarianism, Joan Jett remains a potent force and inspiration to generations of fans worldwide. As a producer, she has overseen seminal albums by Bikini Kill, and the Germs’ LA punk masterpiece ‘GI.’ Jett and Kenny Laguna (her longtime producer and music partner) co-founded Blackheart Records from the trunk of Kenny’s Cadillac after rejections from no less than 23 labels. 40 years later, Blackheart is a thriving entertainment company producing music, film and television, and continues to champion emerging bands. Joan Jett and the Blackhearts continue touring the globe with headlining shows alongside fellow rock legends like The Who, Green Day, Heart, and Foo Fighters. After two COVID-19 postponements, the group will return to the road in summer 2022 for The Stadium Tour with Def Leppard, Motley Crue and Poison. ‘Bad Reputation,’ a documentary about Jett’s life, premiered to critical acclaim at the 2018 Sundance Film Festival and is now available for streaming.