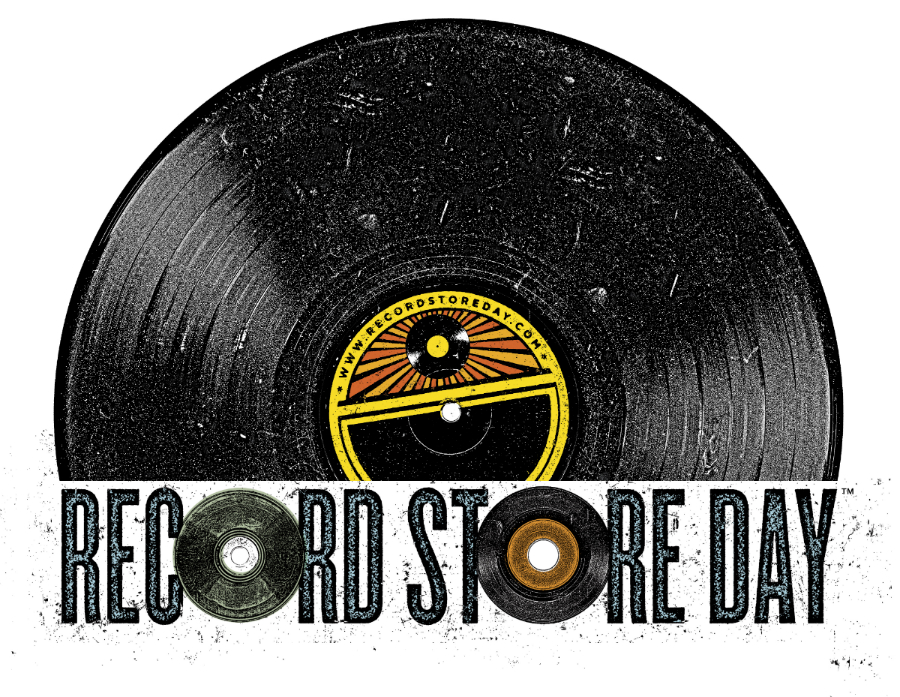 Record Store Day was conceived in 2007 at a gathering of independent record store owners and employees as a regular celebration of the unique culture surrounding nearly 1400 independently owned record stores in the U.S. and thousands of similar stores around the world. In the fifteen years since its inception, Record Store Day has grown into an international phenomenon, annually hosting the Largest Single Day Music Event in the World. This year, in commemoration of its 15th anniversary, RSD has named Taylor Swift as Global Ambassador for Record Store Day 2022.

As with previous pandemic-era RSD Drops, stores will handle sales and on-site procedures in keeping with common sense community standards. RSD recommends checking in with your local record stores –join their email lists, follow them on social media– so you’re as much in the loop as possible. Find your nearest participating RSD shop HERE.

Legacy Recordings – RSD Drops 2022 – April 23 Releases:
Alice In Chains – We Die Young (12″ Vinyl)
Originally released in 1990 as a promotional only vinyl, Alice In Chains’ first studio EP, We Die Young,will see a limited edition release on Record Store Day.  With remastered audio by Bob Ludwig, the three track EP includes two tracks which later ended up on the band’s debut album, Facelift,along with the track “Killing Yourself,” exclusive to this EP.

Cypress Hill – The 420 Remixes (10″ Vinyl Single)
Cypress Hill’s debut album has always been an instant classic. For the 30th Anniversary in 2021, two brand new remixes were released digitally of your favorite tracks and now they are ready to take the turntables. The 420 Remixes — “How I Could Just Kill A Man” (The Alchemist x Beat Butcha Remix) / “Hand On The Pump” (DJ MUGGS 2021 Remix) — are pressed on Black 10″ Vinyl.

Future – DS2 (2×12″ Teal Vinyl)
Driven in part by three singles — “F*ck Up Some Commas,” “Where Ya At” and “Stick Talk” — DS2, Future’s game-changing third studio album, debuted at #1 on the Billboard 200 following its initial release in July 2015 and has been certified double platinum by the RIAA. The album has been pressed on teal colored vinyl across 2LPs for this RSD special edition.

Joan Jett & The Blackhearts – Acoustics (12″ Vinyl)
Acoustics is the first-ever acoustic vinyl release from Joan Jett & The Blackhearts. This eight song collection includes five newly recorded acoustic tracks plus three previously unreleased acoustics exclusive to this Record Store Day piece only, including hits “I Hate Myself For Loving You” and “Bad Reputation” (Live In Los Angeles).

Lou Reed – I’m So Free: The 1971 Demos (12″ Vinyl)
On October 27, 1971, Lou Reed walked into the first recording session of his solo career.  I’m So Free: The 1971 RCA Demos is a collection of those rare recordings.  This is Lou as few have ever heard him: the songwriter at work, pure and alone, before the noise, swagger and legend. Released on vinyl for the first time, the 13 tracks on this LP are an unprecedented addition to Reed’s rock & roll life on record. His next four decades – more than 30 studio and concert albums of lyric challenge, incendiary guitar and iron-willed vision until his death in October 2013 – start here.  The final iterations of these demos can be found across Reed’s discography on albums including Lou Reed, Transformer, Berlin, and Sally Can’t Dance.

Mariah Carey – #1’s (2×12″ Vinyl)
Originally released in November 1998, #1’s is a collection of the first 13 Mariah Carey singles to hit #1 on the US Billboard Hot 100 plus four then-new bonus tracks the artist recorded for the album as a special treat for her fans. Showcasing chart-toppers (released from 1990 – 1998) including “Vision of Love” (Mariah’s first single), “Always Be My Baby,” “Fantasy” and “One Sweet Day,” this special RSD edition of #1’s marks the first vinyl repressing of the album since 1998. Having hit the top slot on Billboard Hot 100 with nineteen separate singles since 1990, Mariah Carey holds the record for most #1 US singles by a solo artist.

This new 2LP compilation of 15 classic Patti Smith tracks from 1974 – 1996, curated by Record Store Day, includes “Gloria,” “Because The Night,” “Dancing Barefoot,” “People Have The Power” and more.

Santana – Splendiferous Santana (2×12″ Vinyl)
Splendiferous Santana is a new 2-LP compilation, personally curated by Carlos Santana, showcasing highlights drawn from Santana’s musical output spanning 2003-2019. It focuses on the too-often-underappreciated, yet creatively fertile period following Santana’s 1998 induction into the Rock & Roll Hall of Fame and the massive success of 1999’s Supernatural. In the wake of Supernatural, Santana released a series of remarkable recordings — among them 2003’s Shaman, 2005’s All That I Am and 2014’s Corazón— that stand with the best that Carlos, or his band, have ever made. Many of these songs and performances were overlooked at the time of their release and are being presented anew on Splendiferous Santana as essential musical elements in the Santana canon.

Sara Bareilles – Little Voice (12″ Vinyl)
The 15th anniversary pressing of Sara Bareilles’ major label debut, Little Voice, contains some of Sara’s biggest songs, including the #1 radio hit “Love Song,” fan favorite “Gravity” and “Bottle It Up.” The album went on to become RIAA platinum in the US and earned two Grammy® nominations for “Love Song.”

Miles Davis – What It Is: Montreal 7/7/83 (2×12″ Vinyl)
This double LP release showcases one of Miles Davis’ final great bands including John Scofield on guitar, Bill “The Other Bill Evans” Evans on saxophones, flute and electric piano, Darryl Jones on bass, Al Foster on drums and percussionist Mino Cinelu. Miles was back in amazing form (“incandescent and iridescent as ever” as Greg Tate noted) when he mounted the stage at the Theatre St-Denis during the Festival International de Jazz de Montreal in July 1983 and this 2LP 12″ vinyl pressing marks the first release of this revelatory performance. The recording has been lovingly mixed and mastered and will be included on CD and digitally in the next edition of the Miles Davis Bootleg series (focusing on the 1981-1985 period) coming later in the year; but the Record Store Day pressing of What It Is: Montreal 7/7/83 is its exclusive release on vinyl. What It Is includes tracks from Star People, the Marcus Miller tune “Hopscotch,” and the song “Jean-Pierre” that appeared on 1982’s We Want Miles. Miles thought so well of these recordings of”What It Is” and “That’s What Happened” that he utilized them, in heavily edited form, for his 1984 release Decoy; What It Is presents these tracks for the first time in their complete form. Packaged in beautiful gatefold packaging, What It Is: Montreal 7/7/83 features liner notes penned by the incomparable music journalist Greg Tate in one of his final writing pieces.

Prince – The Gold Experience (2×12″ Translucent Gold Vinyl)
The Gold Experience was the first full-length Prince album to be credited to his unpronounceable symbol and was released at the most public, heated stage of his battle with the major label industrial complex. With the word “SLAVE” written on one cheek, Prince shined on the opulent ballads “The Most Beautiful Girl in the World” and “Gold” and the defiant single “Eye Hate U” while the album earned widespread critical acclaim. The Record Store Day re-release of The Gold Experience is an homage to the rare US-only promo version of the album that was released in 1995. The two-LP set is pressed onto translucent gold vinyl with a bonus suite of “Eye Hate U” remixes on Side D.