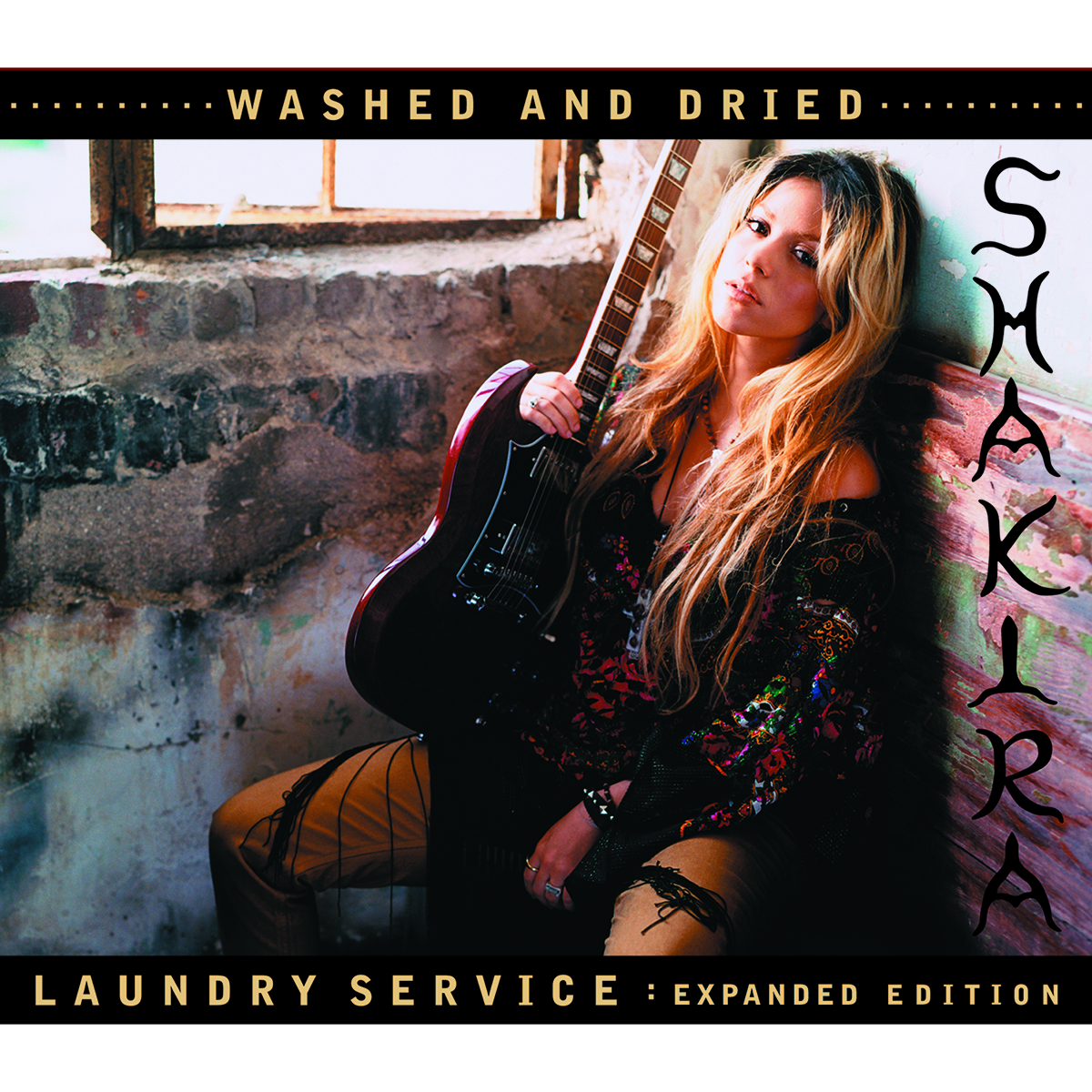 A 12″ vinyl edition of Laundry Service will be released in the United States on Friday, December 17 and may be pre-ordered here.

On November 12, 2001, the eve of the original release of Laundry Service, Shakira performed a transcendent set at her album release party at New York’s fabled Roseland Ballroom. Shakira – Live at Roseland, five songs from that historic showcase –“Objection,” “Underneath Your Clothes,” “Ojos Así,” “Inevitable,” and “Whenever, Wherever”–will be released as individual clips on YouTube on November 12, 2021, the 20th anniversary of Shakira’s Roseland show.

Born and raised in Barranquilla, Colombia, Shakira made her first recordings for Sony Music Colombia at the age of 13, establishing and growing her reputation in the Hispanic music scene as a must-see artist and performer over the span of her first four studio albums. After her fourth studio album–1998’s ¿Dónde Están los Ladrones? (English: Where Are The Thieves?)–became a success in Latin America, Spain and the U.S. Latin communities, her first live album–MTV Unplugged (the show’s first all-Spanish episode, recorded August 1999)–provided major exposure in the U.S.

As the 21st century dawned, Shakira, a glowing star in the Latin American music world, wanted to record her fifth studio album primarily in English, assuming the daunting challenge of essentially learning a new language well enough to write lyrics that matched the universal music she felt in her body, heart and soul. “I had to find a way to express my ideas and my feelings, my day-to-day stories in English. So I bought a couple of rhyming dictionaries, read poetry, and authors like Leonard Cohen and Walt Whitman,” she said in her cover-story interview with Faze.

Laundry Service generated six singles including the worldwide #1 smash “Whenever, Wherever” and the subsequent hits “Underneath Your Clothes,” “Objection (Tango),” “Te Dejo Madrid,” and “Que Me Quedes Tú” and “The One.” Laundry Service topped the charts around the world in countries including Australia, Austria, Belgium, Canada and Switzerland, while entering the Top 5 in other countries such as Argentina, France, Germany, Spain and the United Kingdom. Stateside, Laundry Service peaked at #3 on the Billboard 200 chart. Laundry Service has sold 18 million copies around the world, making it one of the top-selling albums of the 21st century.

As of November 12, 2021, the RIAA has certified Shakira’s Laundry Service 4x platinum in the United States with the “Whenever, Wherever” single certified 2x platinum and “Underneath Your Clothes” earning gold status.

Over the course of her extraordinary career, Shakira has sold more than 80 million records and is one of the world’s top-selling Latin female recording artists. She has earned numerous awards including three Grammy Awards, twelve Latin Grammy Awards, four MTV Video Music Awards, seven Billboard Music Awards, thirty-nine Billboard Latin Music Awards, six Guinness World Records and a star on the Hollywood Walk of Fame. Billboard named Shakira the Top Female Latin Artist of the Decade twice in the 21st century (the 2000s and the 2010s). In 2011, Shakira received the Latin Recording Academy Person of the Year and Harvard Foundation Artist of the Year awards for her philanthropic work with her Barefoot Foundation and her contributions to music. She was appointed to the President’s Advisory Commission on Educational Excellence for Hispanics in the US in 2011, and awarded the Chevalier of the Order of Arts and Letters by the French government in 2012.