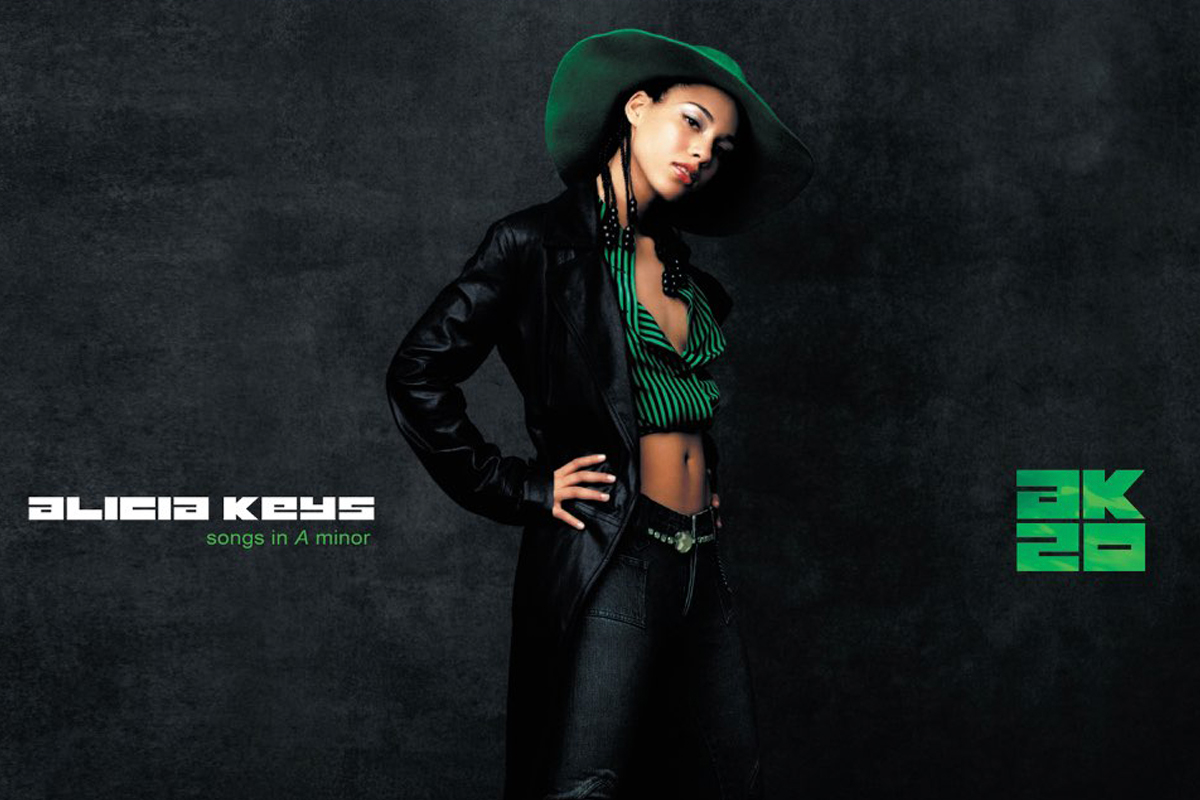 15-time GRAMMY® Award-winning artist and worldwide-celebrated music icon Alicia Keys is commemorating the album that started it all, Songs In A Minor, as June marks the 20th anniversary of the iconic, groundbreaking, and GRAMMY® Award-winning album’s release. In celebration of the 20th anniversary, RCA Records/Legacy Recordings will release a special 20th Anniversary Edition of the timeless album. Songs in A Minor (20th Anniversary Edition) features two previously unreleased bonus tracks, “Foolish Heart” and “Crazy (Mi Corazon),” from the original album recording sessions. The album will be available digitally and on vinyl. Pre-order here.

Keys kicked off the 20th anniversary celebration last week on the Billboard Music Awards with a showstopping performance of songs from the album including “Piano & I,” “How Come You Don’t Call Me,” “A Woman’s Worth,” and culminated with a dynamic and dramatic rendition of her smash hit single, “Fallin’.” View the performance here. And last Wednesday, she was featured as Bustle’s latest cover star, with Bustle heralding “Keys’ adherence to her own vision for Songs in A Minor paid off…she was crowned the queen of the neo-soul movement.”

As part of the anniversary celebration, Modern English has collaborated with Sony Music on behalf of Keys with a bespoke website where fans are invited to pen letters about their fond memories of the album, from its release and tour, to her music in general. Fans will be able to interact with the user-generated content (which will also allow photos) as they scroll through a moving globe, which launched today. View the site here.

Along with the Songs In A Minor (20th Anniversary Edition), TIDAL is also joining in on the celebration with a special digital re-release of Keys’ entire iconic catalog starting on June 5th. The re-release of Songs In A Minor will feature exclusive video commentary alongside her album contributors, giving fans a new way to discover more about her music.

Released on June 5, 2001, Songs In A Minor broke records all over the world. The album debuted at No. 1 on the Billboard 200 and is certified diamond worldwide. The album’s lead single, “Fallin’,” propelled Keys to global success as the song spent six weeks at No. 1 on the Billboard Hot 100 and earned a place on the highly coveted Billboard Hot 100 Songs of the Decade list. Pitchfork recently revisited the album for their ‘Sunday Review’ feature, giving the album an 8.5 and declaring, “today we revisit Alicia Keys’ outstanding 2001 debut, a self-produced, Chopin-inspired R&B album that blazed a unique path to mainstream superstardom.”

Since the release of Songs In A Minor, Keys has sold over 65 million records and built an unparalleled repertoire of hits and accomplishments. Alicia has become the #1 RIAA certified Female R&B artist of the millennium with 27.5 Million worldwide certified digital sales (US) and 20 Million Album Sales (US). Her seventh studio album ALICIA was released to rave reviews in September 2020 and earned Keys her 8th #1 album on the Billboard R&B Albums chart. The albums singles, “Show Me Love” and “So Done” earned Keys a record-extending 11th and 12th No. 1 on the Billboard Adult R&B Songs airplay chart respectively.