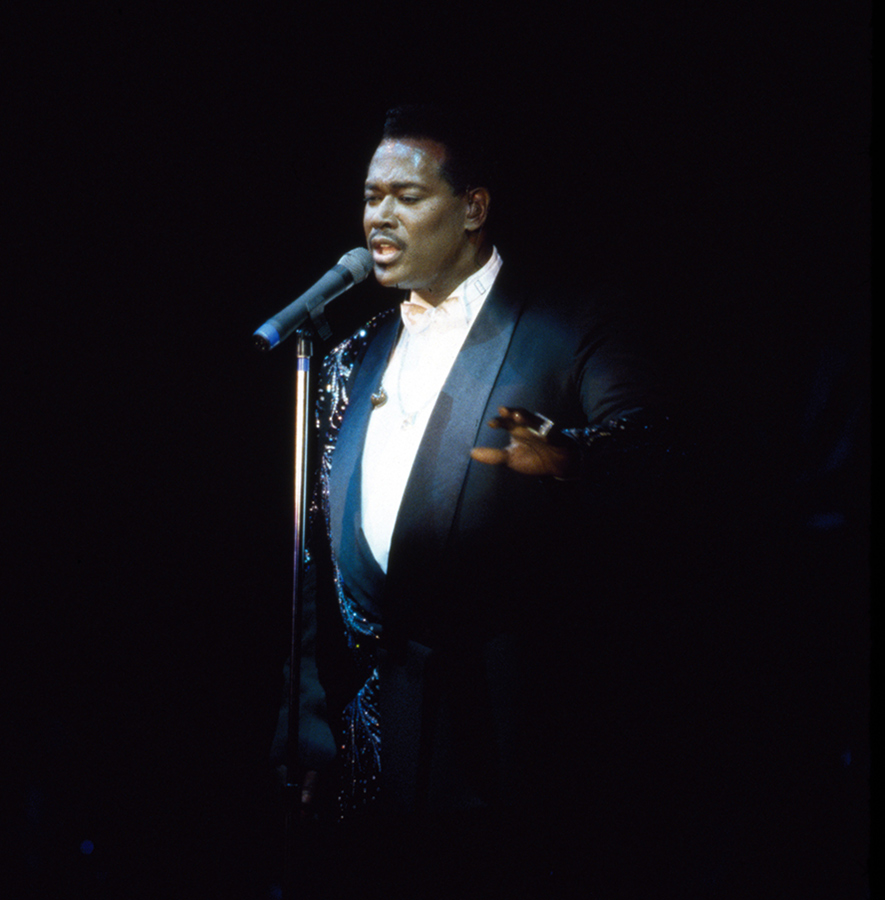 “Dance With My Father,” “Here and Now” and “Endless Love” Achieve RIAA Platinum Status;
“A House Is Not A Home” Certified RIAA Gold

Legacy Recordings, the catalog division of Sony Music Entertainment, announces the RIAA certification of four of Luther Vandross’ signature singles: “Dance With My Father” (Platinum), “Here and Now” (Platinum), “Endless Love” (Platinum) and “A House Is Not A Home” (Gold).

The iconic American singer, songwriter and record producer Luther Vandross would have turned 70 on April 20, 2021 and this year marks the 40th anniversary of the artist’s debut solo studio album, Never Too Much, originally released by Epic Records on August 12, 1981. In celebration of Luther and his solo debut, the classic “Never Too Much” video has been upgraded to HD and made available on Friday, April 16.

As part of Luther Vandross’ 70th Birthday, Google has joined the celebration with an original Google Doodle animation.  With Luther’s 1981 debut solo single “Never Too Much” serving as the soundtrack, Google visitors are taken on a colorful, joyous ride highlighting the special moments Luther’s career has brought to fans around the globe.

“It is a true reflection of Luther Vandross’ musical legacy around the world to be honored by Google with an animated Doodle that fittingly captures the joy Luther has brought the world.  Luther made each of his songs about one simple, universal subject – love; an emotion and feeling common to the human experience no matter who you are, where you’re from or what you look like.  No one else has expressed this emotion in song to the level Luther did for over 35 years, and to have Google broadcast that around the world is a wonderful showcase of his immeasurable talent.” – the Luther Vandross Estate.

Released as a single in 1981 and now newly-certified RIAA Gold, Luther Vandross’ “A House Is Not A Home” is a tour-de-force centerpiece track from Never Too Much. The only song on the album not written by Luther, “A House Is Not A Home” was penned by Burt Bacharach and Hal David for the 1964 film of the same name and first recorded by Dionne Warwick. Luther’s epic interpretation became an R&B hit while his performance at the 1988 NAACP Awards reportedly moved Warwick to tears. Essence magazine included Luther’s cover of the song in their “25 Best Slow Jams of All Time” list in 2009.

Newly-certified RIAA Platinum, “Here and Now” was released as a single in 1989 and appears on The Best of Luther Vandross… The Best of Love. The track became Luther’s fifth #1 on the Hot Black Singles chart and his first to break into the Top 10 (at #6) of the Billboard Hot 100. “Here and Now” earned Luther his first Grammy Award for Best Male R&B Vocal Performance in 1991.

Written by Lionel Richie and originally recorded as a duet between Lionel and the legendary Diana Ross in 1981, “Endless Love” was already an R&B/pop classic when Luther Vandross and Mariah Carey recorded the tune for Luther’s 1994 Epic Records covers album, Songs. An electrifying superstar collaboration rivaling the original, Luther and Mariah’s interpretation–the second single from Songs–was nominated for a Grammy in 1995 in the newly-created Best Pop Collaboration with Vocals category. “Endless Love” peaked at #2 on the Billboard Hot 100, becoming Luther’s highest-charting pop hit and his fifth Top 10 single. The track achieved RIAA Gold status in October 1994 and has recently reached Platinum.