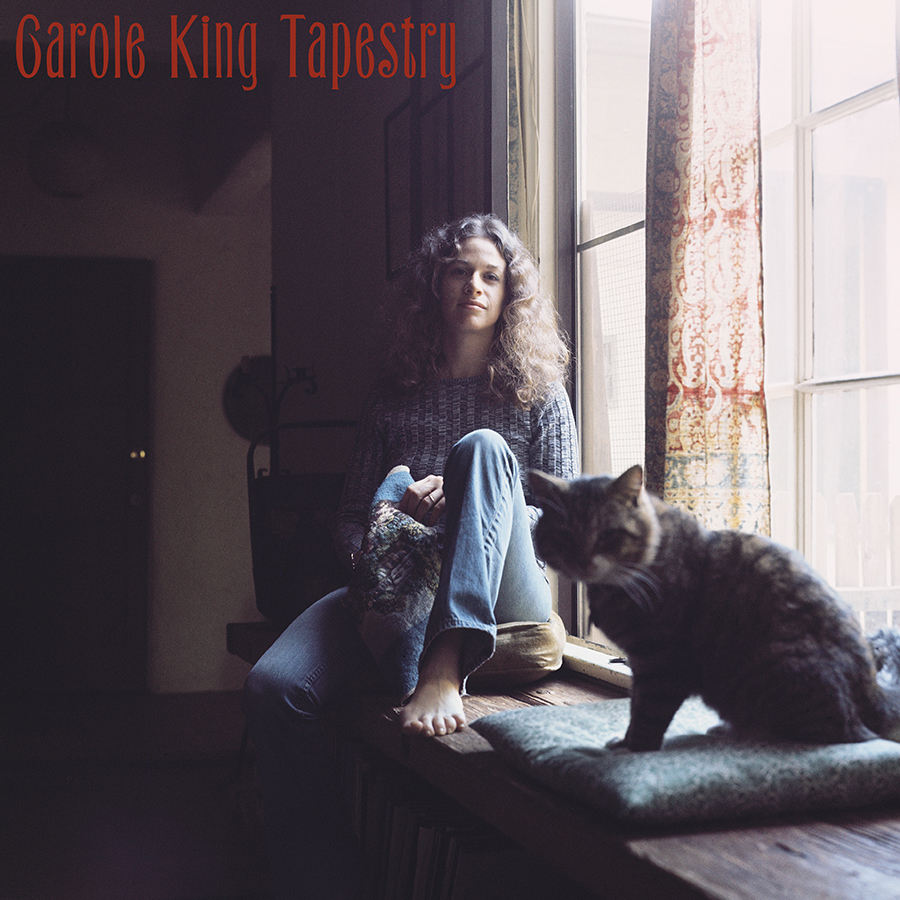 Starting this week, Legacy Recordings will celebrate Carole King’s iconic album with the release of a vinyl reissue, a new single, a new music video, and more

The 13x platinum and 4x GRAMMY Award-Winning album has defined the singer- songwriter genre, touching audiences around the globe for generations. Tapestry‘s music struck a universal chord, topping the Billboard 200 for 15 weeks and staying on the chart for six years.

Legacy Recordings, the catalog division of Sony Music Entertainment, will be releasing new content throughout February to celebrate the album’s anniversary. On February 12th, Legacy Recordings will be reissuing Tapestry on black vinyl. Produced and distributed by Lou Adler on his Ode Record’s label in 1971, the black vinyl version of ‘Tapestry’ features the original photo and package design, and uses the Ode logos on the label and inner sleeve. February will also see the digital release of the previously unreleased single “Out In The Cold,” a new music video for “It’s Too Late,” an exclusive Walmart Vinyl Gold Color variant, and more.

See below for all that is to come in February:

To kick off a month of celebration, on February 5th, Legacy Recordings will release “Out In The Cold,” a single recorded during the Tapestry sessions that ultimately did not make it onto the album. While the song was included as a bonus track on a 1999 CD reissue of Tapestry, it has never been available digitally until now.

February 5th also marks the launch of a new Carole King Twitter emoji that will be available until February 19th. Carole King will be joining a list of artists that have had their own emoji including Aretha Franklin, Mariah Carey, George Michael, and Bruce Springsteen. Users can use any of the following hashtags to access the emoji: #Tapestry50 #CaroleKing #MyTapestryStory #CaroleKingTapestry.

Earlier this year, Legacy Records also launched the social media campaign, “#MyTapestryStory,” encouraging fans to share their influential memories with the album. Since then, hundreds of fans have taken to social media to reveal their favorite Tapestry memories.

Later in February, Legacy Recordings will be premiering a BBC live studio performance recorded in 1971. The performance features James Taylor on guitar and includes live performances of “I Feel The Earth Move,” “(You Make Me Feel) Like A Natural Woman,” “So Far Away,” “It’s Too Late,” “Will You Love Me Tomorrow,” and more.

Released the day after King’s 29th birthday, Tapestry’s songs are woven into the fabric of pop culture. With iconic tracks like “(You Make Me Feel) Like A Natural Woman” and “Will You Love Me Tomorrow,” this is the album that cemented King’s reputation as the quintessential singer-songwriter, defining a new generation of music. Since its release, influential artists like Aretha Franklin, Barbra Streisand, Quincy Jones, and more have covered songs from the album.