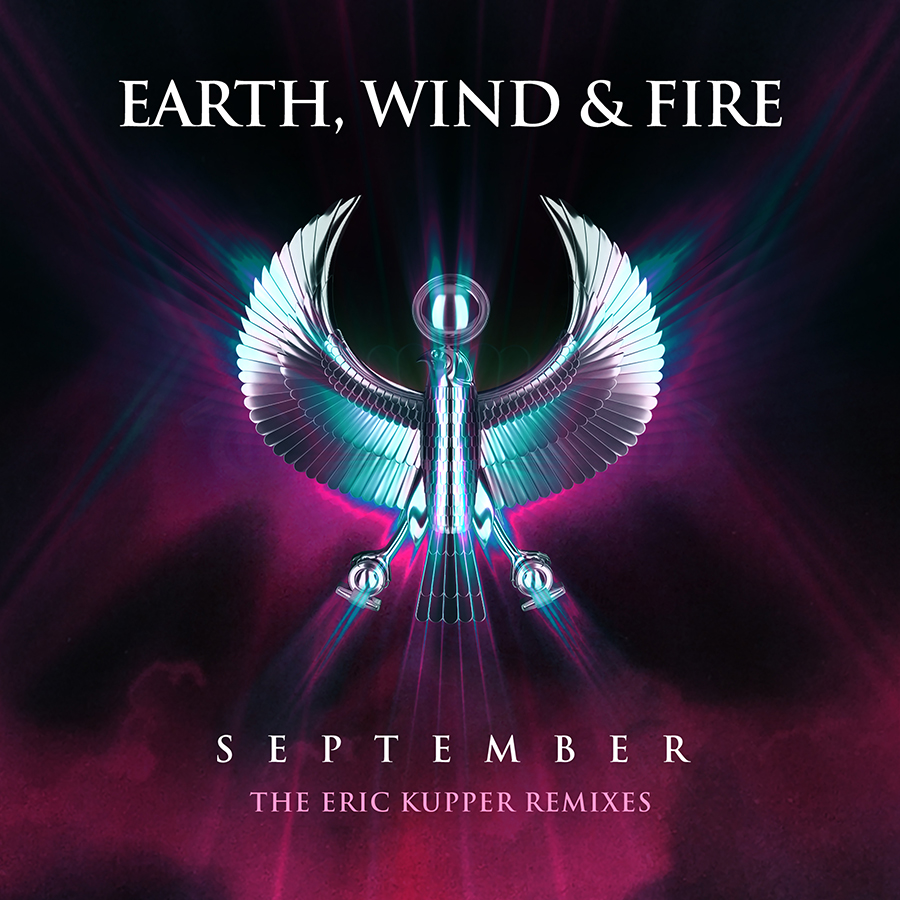 The release is part of a month long “September” celebration for fans around the world.  Top Tik Tok content creators are posting original clips of “September” that have resulted in millions of views on the platform.

Last week, 42 years after the original release, “September” debuted at #4 on the Billboard LyricFind U.S. chart, a rare occurrence for a catalogue song.  On September 17, the single was certified 6x Platinum by the RIAA.

“When I first heard the mastered final mix of ‘September,’ at our private listening party back in the day,” said Philip Bailey.  “I would never have guessed that such a simple catchy song as it is, and was, would become an all time global favorite for generations.”

Recorded in September 1978, the classic ”September” was initially issued by ARC/Columbia Records as a single on November 18, teasing EWF fans and radio listeners with a “previously unreleased track” from The Best of Earth, Wind & Fire, Vol. 1, which came out November 23, 1978 (and achieved RIAA Quintuple Platinum).

“September” was an immediate sensation, hitting #1 on the Billboard Hot R&B Songs chart, #8 on the Hot 100 and #3 on the UK Singles chart. In the years since its release, “September” has become one of the most beloved songs in the Earth, Wind & Fire catalog, a nonstop instant party, an irresistible invitation to dance. Grounded in a chord progress written by EWF guitarist Al McKay, “September” was co-authored by EWF founding member/vocalist Maurice White and lyricist Allee Willis, who worked on the composition for about a month. Willis wasn’t sure about the seemingly nonsensical “ba-dee-ya” hook White was peppering the song with, but “learned my greatest lesson ever in songwriting from him, which was never let the lyric get in the way of the groove.”

Through the decades, “September” has been a consistently best-selling track, achieving RIAA Gold (when Gold meant 1 million units sold) and, as of September 2017, had sold more than 2 million digital copies in the US alone.  The single was certified RIAA 6x Platinum in September 2020.

Since its release, “September” has impacted popular culture. The song has been the basis for chants deployed by football clubs in the United Kingdom and was adapted by fans of the England national football team at the 2018 FIFA World Cup in Russia. A version of “September,” featuring EWF accompanied by Anna Kendrick and Justin Timberlake, was featured in the film, Trolls, and was released in September 2016 on the Trolls: Original Motion Picture Soundtrack.

Over the years, “September” has been both remixed and covered by other artists. Columbia released “September ’99” at the end of the century and the single reached #1 on the RPM Canadian Dance Songs chart, #4 on the UK Dance Chart and # 25 on the UK Singles chart.

The song was remixed by English dance music duo Phats and Small and included on EWF’s 1999 compilation album The Ultimate Collection. Kirk Franklin’s cover of the song, produced by Maurice White, appeared on the 2007 tribute album, Interpretations: Celebrating the Music of Earth, Wind & Fire.

Earth, Wind & Fire paid their own homage to “September,” reworking it as “December” for their 2014 Christmas album Holiday.

The roots of Earth, Wind & Fire were formed in Chicago, 1969.  In early 1970, Maurice moved to Los Angeles with plans of recording the group. When his brother, bassist Verdine White came to LA on June 6, 1970, Maurice began to assemble Earth, Wind & Fire. EWF would go on to become America’s seventh top-selling musical group of all-time, making music crossing years and decades that now connects the 20th and 21st centuries.

Inducted into both the Rock and Roll Hall of Fame and the Vocal Group Hall of Fame, Earth, Wind & Fire has earned eight Grammy Awards and four American Music Awards alongside numerous other accolades including the prestigious Soul Train Legend Award. They’ve also been awarded with Lifetime Achievement honors from ASCAP, NAACP, BET, and have star on the Hollywood Walk of Fame. In 2019 their contributions to arts and culture was acknowledged in Washington DC with the prestigious Kennedy Center Honors. The Smithsonian National Portrait Gallery also awarded Earth, Wind & Fire with its Portrait of a Nation Prize. EWF has sold more than 90 million albums worldwide.

DJ/producer/arranger/remix artist Eric Kupper began his career playing in bands and, by the mid-1980s, was working as a keyboardist, guitarist, and songwriter for such producer/remixers as David Morales, Frankie Knuckles, Arthur Baker, and more. Since 1986, Kupper has played on, remixed, and/or produced over 2,000 records for artists spanning all contemporary musical genres. His work in the mid-to-late 1980s/early 1990s, especially with Def Mix Productions, qualifies him as one of the founders of house music. As a remixer he has worked with Usher, Alicia Keys, BT, Diana Ross, Whitney Houston, Marianne Faithfull, Janet Jackson, Shakira, Brandy, Depeche Mode, Curtis Mayfield, Afrika Bambaata & Soulsonic Force, Kate Bush, 808 State, Jessica Simpson, Miley Cyrus, and RuPaul, among numerous others. Kupper has also worked as a producer and/or mixer for many projects outside dance music.