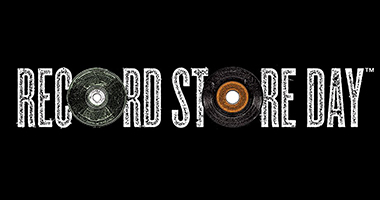 In August, September and October 2020 Must-Spin Titles Include Never-Before-Heard Live Material From Cheap Trick, Plus Vinyl Debut For Tyler, The Creator’s Cherry Bomb and Rare Tracks From Britney Spears

Legacy Recordings, the catalog division of Sony Music, today reveals when its 12 previously announced Record Store Day exclusive titles will be available to faithful music fans and hardworking independent record stores around the world. The news follows the recent establishment of three RSD Drops on Saturdays in August, September and October, reflecting the delay of the world’s largest single-day music event amid unprecedented global events.

August 29 will bring a wave of British rock to RSD-participating stores, with new vinyl pressings of titles by Pink Floyd, Judas Priest, Manic Street Preachers and Nick Mason’s Saucerful Of Secrets. That same date will also see the vinyl debut of Tyler, The Creator’s Cherry Bomb as well as the first physical release of that album’s instrumentals.

Fans of classic pop and R&B will want to mark September 26 on their calendars, the day to catch rare EPs featuring remixes of “Say My Name” by Destiny’s Child, TLC’s classic chart-topper “Waterfalls,” and rarities from Britney Spears’ Oops!…I Did It Again era.

And on October 24, sets of rare and previously unreleased live tracks by Cheap Trick and Toto make their debuts, along with the first vinyl pressing of Sweet Relief: A Benefit For Victoria Williams and a special collection of Bitches Brew-era outtakes by Miles Davis to mark that album’s 50th anniversary.

Full details of all titles can be read below.

Record Store Day was conceived in 2007 at a gathering of independent record store owners and employees as a regular celebration of the unique culture surrounding nearly 1400 independently owned record stores in the U.S. and thousands of similar stores around the world. This year’s official Record Store Day Ambassador is singer-songwriter-activist Brandi Carlile.

One of Judas Priest’s most iconic and recognizable albums is celebrating its 40th anniversary. To mark this momentous occasion, the album (along with rare bonus tracks “Red, White & Blue” and a live take on “Grinder”) is being pressed on double vinyl with the album artwork printed on each side.

This limited edition 12″ vinyl is inspired by a Manics promo issued in 1994.  The Record Store Day exclusive features mixes of two singles:  ‘La Tristesse Durera (Scream to a Sigh)’ and ‘Roses In The Hospital’.  Both tracks were taken from the band’s second album ‘Gold Against The Soul’ and the songs were given the remix treatment by The Chemical Brothers (then The Dust Brothers) and Ashley Beedle.

From the dynamic drummer heard on every Pink Floyd album, Nick Mason’s Saucerful Of Secrets offers the opportunity to experience the group’s early body of work in concert, including songs from The Piper At The Gates Of Dawn and A Saucerful Of Secrets. Alongside guitarists Gary Kemp (of Spandau Ballet), keyboardists Dom Beken and Lee Harris (of Ian Dury and The Blockheads), and longtime Pink Floyd touring bassist Guy Pratt, Mason drew rapturous crowds throughout North America and Europe in 2018 and 2019 – including dates at The Roundhouse in London, the historic venue that counted Pink Floyd as its first performance in 1966.  This collectible 12” single features two performances from the dazzling Roundhouse sets last May (including Pink Floyd outtake “Vegetable Man,” played for the first time ever on this tour) backed by a custom etching.

To celebrate Record Store Day 2020, Pink Floyd will release a live recording of the band’s first single, and original singer and songwriter Syd Barrett’s best-known song, “Arnold Layne.” The limited-edition, one-sided Record Store Day 7” vinyl represents the last live performance of Pink Floyd with David Gilmour, Nick Mason and Richard Wright all together in 2007. This special performance of “Arnold Layne” took place at the Syd Barrett Tribute Concert at The Barbican on 10 May 2007, with Pink Floyd members augmented by Jon Carin (Keyboards, vocals) and Andy Bell from Oasis on bass guitar. After a star-studded line-up throughout the evening, Pink Floyd took to the stage for an incredibly emotional finale. The B-side of the single features an exclusive etching of handcuffs to echo the sleeve and the song’s lyrics.

One of his most ambitious albums, featuring everything from lush orchestras to hard-driving guitars across its grooves (plus standout guest verses from Kanye West, Lil Wayne, ScHoolboy Q and others). Now, the album Tyler told Billboard was “the music I’ve always wanted to make” is available on vinyl for the first time.

One of his most ambitious albums, featuring everything from lush orchestras to hard-driving guitars across its grooves. Now, for the first time on vinyl, the instrumental version of the album (first released as a digital edition in 2018) will be available for all fans to experience.

With their second chart-topping single, Destiny’s Child began reforming pop music to their own image, weaving in the influence of Hip-Hop and R&B and adding a healthy helping of ladies-to-the-front energy. Two decades after it topped the Billboard Hot 100, it’s being released as a collectible picture disc by Certified Classics, featuring remixes by Timbaland and Maurice Joshua.

Only a year after the success of her debut album …Baby One More Time, Britney Spears’ sophomore album was another offering of pop perfection for the TRL generation, setting a years-long record for the highest first week of sales by a female performer. Oops!…I Did It Again was no accident – and to celebrate its 20th anniversary, this new collection features four rare remixes of the hits “Oops!…I Did It Again,” “Lucky,” “Stronger” and “Don’t Let Me Be The Last To Know,” plus four rare songs from the album sessions only released outside the U.S., including a cover of The Jets’ classic ballad “You Got It All.”

Dateline: 1977. With punk on the rise in the United Kingdom, rock ‘n’ roll experienced a tectonic shift the world over. Rockford, Illinois’ Cheap Trick rode that shake-up, touring relentlessly in support of their self-titled debut album. In June of that year, bursting with kinetic energy while recording follow-up In Color, the group spontaneously booked a handful of club shows at The Whisky a Go Go in Los Angeles, knocking out audiences with an onslaught of down-‘n’-dirty rock righteousness – including favorite songs that wouldn’t appear on albums for years. Released for the first time ever and newly mixed by two-time Grammy Award winner Guy Massey (The Beatles, Ray Davies, The Jayhawks), Out To Get You! showcases a band taking determined steps toward world domination.

Half a century from its release, shockwaves from Miles Davis’ Bitches Brew continue to reverberate throughout the universe. Leading an army of all-stars into the studio, Miles defied all conventional styles, joining the loose ends of jazz, rock and funk into a groundbreaking new sound. This double LP release on red vinyl features 10 keyboard-rich recordings captured in the wake of the original Bitches Brew sessions from August ’69 to February ‘70 with a rotating cast of luminaries including Wayne Shorter, John McLaughlin, Herbie Hancock, Joe Zawinul, Chick Corea, Jack DeJohnette and much more. Issued on vinyl for general release for the first time ever, the recordings were originally heard on The Complete Bitches Brew Sessions released in 1998.

Toto’s well-honed musical craftsmanship helped sell more than 40 million albums in four decades together. In 1980, the band embarked on their first tour of Japan, forming a lifelong bond with fans in that country who adored their polished West Coast rock style. For the first time as a standalone release, the Live In Tokyo 1980 EP captures the original line-up of the band – vocalist Bobby Kimball, guitarist Steve Lukather, keyboardists David Paich and Steve Porcaro, bassist David Hungate and drummer Jeff Porcaro – performing four tracks from their then-new sophomore album Hydra (plus the unreleased track “Runaway”) during that historic trek.