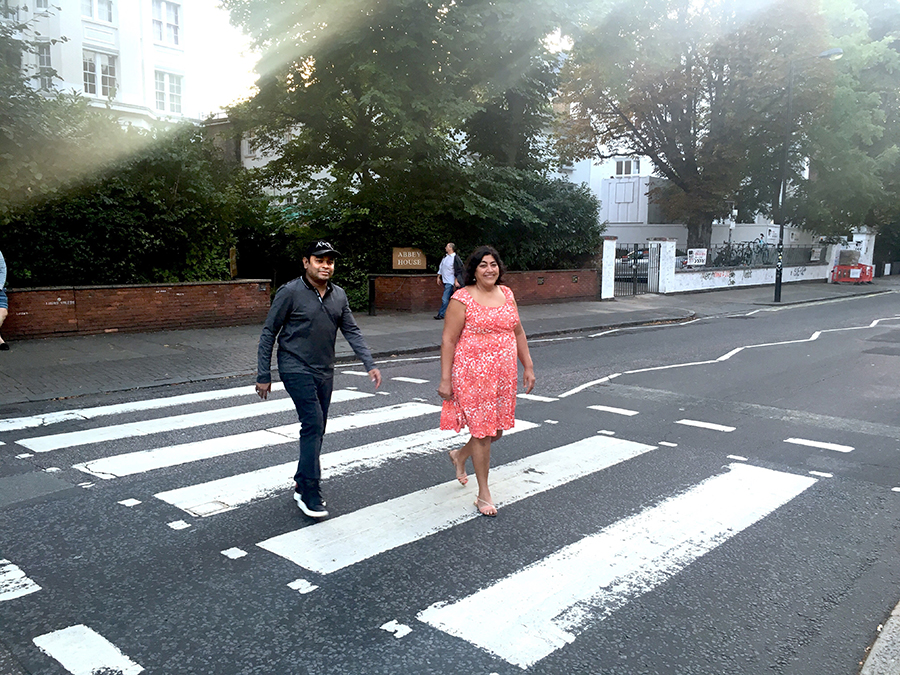 Columbia Records/Legacy Recordings, a division of Sony Music Entertainment, is premiering a music video for “For You My Love” (a new original song penned by Oscar and Grammy winning composer A.R. Rahman for the “Blinded By The Light” soundtrack) on Friday, September 6.

Directed by Amith Krishnan (who worked on “One Heart: The A.R. Rahman Concert Film”), the “For You My Love” music clip intercuts scenes from “Blinded By The Light” with new footage featuring A.R. Rahman on piano with singers Hriday Gattani (performing English verses) and Parag Chhabra (performing Punjabi verses) alongside choreographed dancers in a dreamy Bollywood setting.

See “For You My Love” here: https://BlindedByTheLight.lnk.to/ForYouMyLovePR/youtube

“It is always a pleasure to work my friend, A.R.” said “Blinded By The Light” director Gurinder Chadha. “He has the amazing ability to go straight to the emotional heart of whatever composition is required by me or the film. ‘For You My Love’ is a wonderful blend of Western and Eastern sensibilities brought together by A.R. Rahman’s masterful magic.”

World renowned as a composer who’s redefining contemporary Indian music, A.R. Rahman, according to a BBC estimate, has sold more than 150 million copies of his work comprised of music from more than 100 film soundtracks and albums including landmark scores such as “Roja,” “Bombay,” “Slumdog Millionaire,” “127 Hours” and many more.

Rahman began pursuing music from a very young age and after assisting leading musicians in India went on to compose jingles and scores for popular Indian television features. After obtaining a degree in western classical music from the Trinity College of Music, London, he set up his own in-house studio (Panchathan Record-Inn at Chennai). In 1991, “Roja” won Rahman the Indian National Award for the best music composer, the first time ever by a debutant. Rahman has gone on to win the National Award three more times, the most ever by any composer.

Rahman has been conferred with honorary doctorates from the Trinity College of Music, Aligarh Muslim University, Anna University, Middlesex University and the Berklee College of Music. In 2009, he was named one of Time Magazine’s 100 most influential people in the world. Rahman received the Padma Bhushan, India’s third-highest civilian honor, in 2010. Across his career, he has won six National Film Awards, two Academy Awards, two Grammy Awards, a BAFTA Award, a Golden Globe Award, fifteen Filmfare Awards and seventeen Filmfare Awards South.

“The timing of ‘Blinded By The Light’ is so right,” said A.R. Rahman.  “It’s a reminder to those who have forgotten the beauty of life, which is about giving, sharing, learning and empathy.  I’m so honored to be a part of this movie and the song which again reminds us that change is the only constant factor!”

Inspired by a true story (Sarfraz Manzoor’s Greetings from Bury Park: Race, Religion and Rock N’ Roll) and the words and music of Bruce Springsteen, New Line Cinema’s “Blinded By The Light” is the new coming-of-age film directed by Gurinder Chadha (“Bend It Like Beckham”). The film follows Javed (Viveik Kalra), a British teen of Pakistani descent, growing up in Luton, England in 1987. Javed’s turbulent life amidst the racial and economic turmoil of the times is transformed when he is introduced to the music of Bruce Springsteen.

A breakout smash at this year’s Sundance Film Festival, “Blinded By The Light” has been hailed by critics as “a delirious and romantic rock ‘n’ roll parable…[an] incandescent ode to the life force of pop music” (Variety) and “pure, ingenuous joy” (Entertainment Weekly).

“Like a life-affirming rock anthem, Blinded By The Light hits familiar chords with confidence and flair, building to a conclusion that leaves audiences cheering for an encore,” reads the Critics Consensus on Rotten Tomatoes, where the film received 90% on the Tomatometer and a whopping 92% Audience Score.