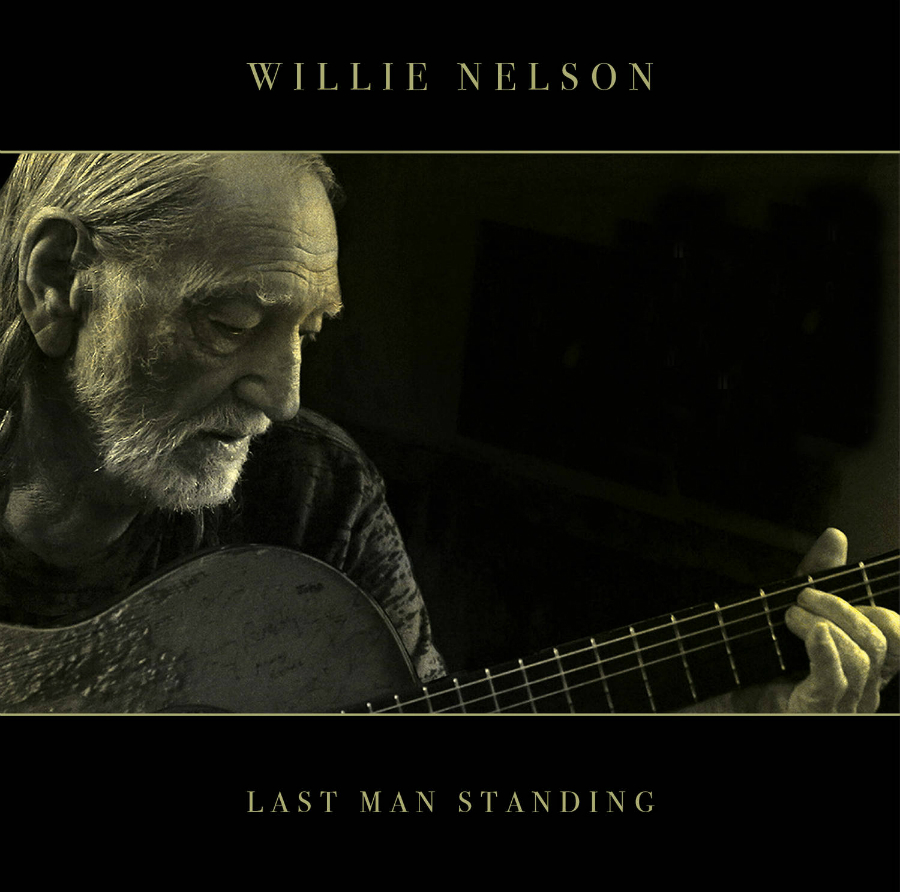 Arriving just in time for Willie’s 85th birthday (April 29), Last Man Standing will be available on CD, 12″ vinyl LP and digital formats. The first single from the project is the title track from the album “Last Man Standing” and Willie shared a music video capturing the making of the track today. The album is available for pre-order now and the single is available at all digital outlets.

Pre-order the album and listen to the single now at https://WillieNelson.lnk.to/lmsFA!1
View the video for “Last Man Standing” at http://www.youtube.com/watch?v=Fk55FA6_xkM

Last Man Standing, comprised entirely of songs newly-penned by Willie Nelson (and longtime collaborator and producer Buddy Cannon), is the worthy successor to Willie’s God’s Problem Child, which showcased seven Nelson-Cannon compositions and debuted at #1 on the Country charts. Willie and Buddy have been working together since 2008 with Cannon producing more than a dozen of Willie’s albums.

The songwriting duo deploys a unique strategy of shared composition, beginning with back-and-forth text messaging of lyrics with the melodies. On Last Man Standing, Nelson and Cannon’s unorthodox approach generated eleven original songs, “Willie’s a jazz singer and jazz player. He’s an improvisational musician. It’s different every time. Get a good take and go with it,” says Cannon.

With Last Man Standing, Nelson has added 11 essential new songs to his classic catalog. One of Willie’s most personal and introspective albums to-date, Last Man Standing reveals the emotional range of Willie’s concerns, from the deeply reflective (“Something You Get Through,” to the rollicking and playful (“Me and You,” “Ready to Roar”).

An album that acknowledges the transience of time while marveling at the joy, beauty and surprise the world has to offer, Last Man Standing finds Willie Nelson rolling at a creative peak, writing and singing and playing with the seasoned wit and wisdom that comes from the road.