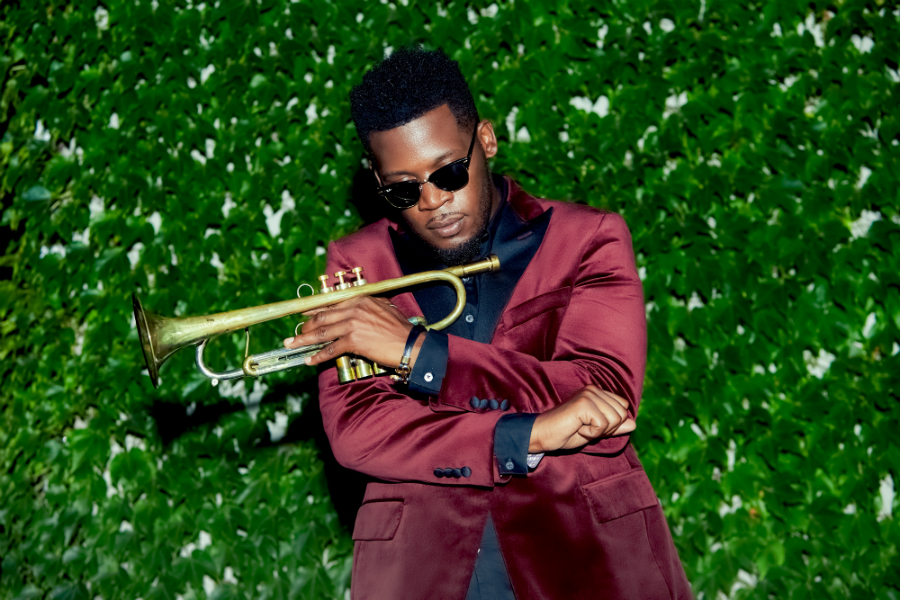 Keyon Harrold, the internationally-acclaimed Grammy Award-winning trumpeter from Ferguson, MO, has released two new songs as a tribute to the heartbreaking events that began in his community three years ago with the tragic death of Mike Brown. The instrumental “MB Lament” and “When Will It Stop (ft. actor/ comedian Guy Torry),” both from Keyon’s forthcoming album, pay tribute to Brown and the rest of Ferguson’s youth, especially those affected by inequality and injustice.

“’MB Lament’ is a cry for change and compassion,” says Keyon, “and ‘When Will It Stop’ adds lyrical context. Both push the question on whether black lives really do matter in this day and age and, if so, when will the violence against them stop?”

The song is being released as part of the kickoff to the Hours of Honor Campaign supporting Strength and Honor Mentoring and Tutoring, an outreach program founded by Keyon’s brother, Albert Harrold, that supports underprivileged youth in the Ferguson community. The Hours of Honor Campaign has been designed to target the most valuable asset an individual or corporation can give to the youth of Ferguson—their time. This service of time to mentor and support is invaluable to the journey ahead for each of these youth. Keyon will perform the new music in Ferguson on September 7th closing the campaign to raise 20,846 hours of tutoring for Ferguson’s youth (the population of Ferguson) alongside the Mayor of Ferguson and Captain Ron Johnson, who became known around the world for his leadership during the unrest in Ferguson.

“Strength and Honor is doing the core work on the ground to mentor our most vulnerable youth so they can realize their greatest potential. The City of Ferguson is proud to be a sponsoring partner and we are delighted to have one of our native sons, Keyon Harrold, return home to support the youth of the community that helped raise him into the world-class trumpeter he has become,” said Mayor James Knowles.

Keyon is closely connected to his roots in Ferguson recently serving as the Grand Marshall of the Ferguson 4th of July Parade. Especially after the tragic events of 2014, Keyon’s mission is to ensure the world also knows all of the wonderful good that has come from Ferguson as well. Captain Ron Johnson noted “Our community has endured one of the most vulnerable moments in its history that challenged our resolve. The dreams of our better tomorrows, I believe, are embodied in our youth. I am humbled to pin words and honored to celebrate the value of young girls and boys, one of our greatest assets, through this new Hours of Honor Campaign. Because it is not words that will allow struggles to be endured or triumphs to be enjoyed but rather a commitment to each other. Our time.”  Keyon is honored to serve as one of Strength and Honor’s ambassadors to spread this message to the world.

About Strength and Honor Mentoring and Tutoring (SAH):

Strength and Honor Mentoring and Tutoring (SAH) was founded by Ferguson public school educator and former All-American wrestling champion Albert Harrold who sought to support the underprivileged youth of his community. During his four decades growing up and then working in Ferguson, he has watched his community struggle from increased poverty and injustice. Having the experience of working with Ferguson’s youth first-hand in the school district, Albert could see his students falling behind their national peers. In a community that has been plagued with a doubling of poverty and joblessness rates since 2000, many youth who lacked parental role models were heading down the wrong path, sometimes ending up in prison or even dead.  Rather than let the greatest asset of Ferguson’s future go unrealized, he sought to use his training as a science teacher but also as a competitive wrestler to share core values with young people to help them become effective adults and, in particular, to help Ferguson’s boys to become men.