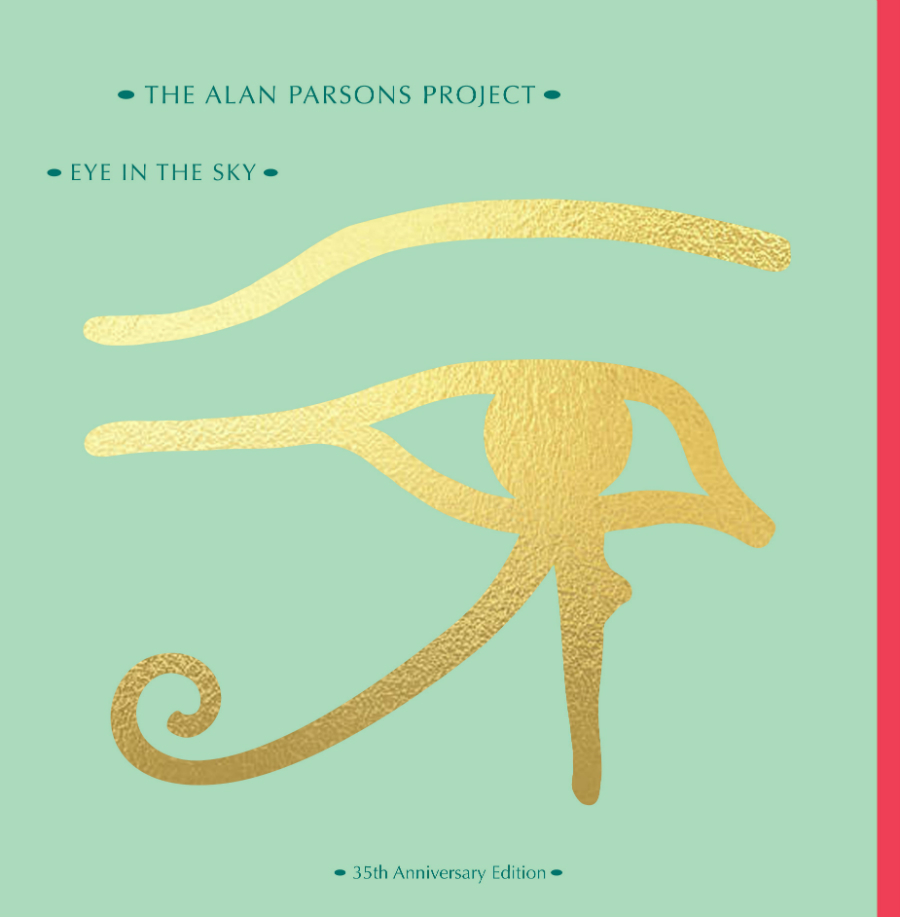 Legacy Recordings, the catalog division of Sony Music Entertainment, will celebrate the 35th anniversary of Eye in the Sky, the Alan Parsons Project’s 1982 masterpiece, with the worldwide release of a definitive deluxe collector’s box set–featuring rare and unreleased material–on Friday, November 17.

A multi-layered masterpiece, Eye in the Sky is the Alan Parsons Project’s sixth studio album written by Eric Woolfson (who passed December 2, 2009) and Alan Parsons. A conceptual musical meditation on a variety of belief systems–the album’s title refers to casino surveillance, earth-circling satellites and the all-seeing eye of the Egyptian God Horus–Eye in the Sky has proved both timely and timeless, a remarkably prescient view of art, religion, politics and culture for the 21st century.

The 35th anniversary Eye in the Sky collector’s box set includes 3 CDs (CD1: Original Album Expanded + bonus tracks, CD2: Eric Woolfson’s Songwriting Diaries, CD3: Previously Unreleased Bonus Material and Disc 4: 5.1 Surround Sound and Stereo HD version of the original album on Blu-ray). Also included are 2 vinyl LPs ( the original album newly struck at half speed on four sides at 45rpm at Abbey Road Studios by Miles Showell), a flexi-disc replica of an original 1982 promo, a 60-page hardback book featuring newly-written essays, previously unreleased images recently discovered in Eric Woolfson’s personal archive and new interviews with many of the musicians who recorded the tracks on the album, an Eye in the Sky 1982 replica poster and postcard, a gold-foil Eye of Horus stamp on the front of the box and more.

All of the newly discovered bonus material on Eye in the Sky has been lovingly and painstakingly restored to produce the best possible state-of-the-art listening experience for longtime fans and newcomers to the album.

“The songwriting diary disc is a very special element of this package”, says Sally Woolfson. “This shows Eric’s private moments of creativity captured on tape as songwriting memos to himself. As he didn’t read or write annotated music, this was how he developed the songs he wrote. They give a wonderful fly on the wall insight into the creative process where you can literally hear the song evolve as the ideas come out of his head. These are very precious to the family and it was extremely difficult to pick out the tracks to include in this box set from the hours and hours of material we had for this album alone. We’ve tried to illustrate the creative progression where a number of tracks for the same song have been included. We hope the fans will enjoy this rare insight into the birth of the songs from the ‘Eye in the Sky’ album.” Eclectic and visionary, Eye in the Sky covers a variety of musical and thematic bases and–alongside I Robot and The Turn of a Friendly Card–is one of the APP’s platinum-selling albums.

Alan Parsons adds, “It was a wonderful experience to hear all the multitrack tape tracks from Eye In The Sky again – and for the first time in nearly 35 years, in their raw unmixed form. Hearing the various elements, performances, and moments of magic that were selected for the the final mixes of the songs was an amazing experience. Of course not everything we recorded back then is heard on the final mixes, but the included bonus tracks in the box set give an interesting insight into was not used on the final mixes. Audiophiles will be pleased to know that there is a brand new 5.1 Surround Sound mix, which I am extremely pleased with incidentally, and also a Hi Def stereo version taken from the original analog stereo master tape which was recorded simultaneously alongside the digital mix”.

Eye in the Sky introduced the world to a pair of the APP’s biggest hits and most durable tracks: the album’s title song, with lead vocals from Eric Woolfson, and the album’s throbbing “Sirius,” a powerful stadium anthem familiar to fans of the Chicago Bulls and attendees of major college and professional sporting events throughout North America.

Vinyl 1 Side 2
Gemini
Silence And I