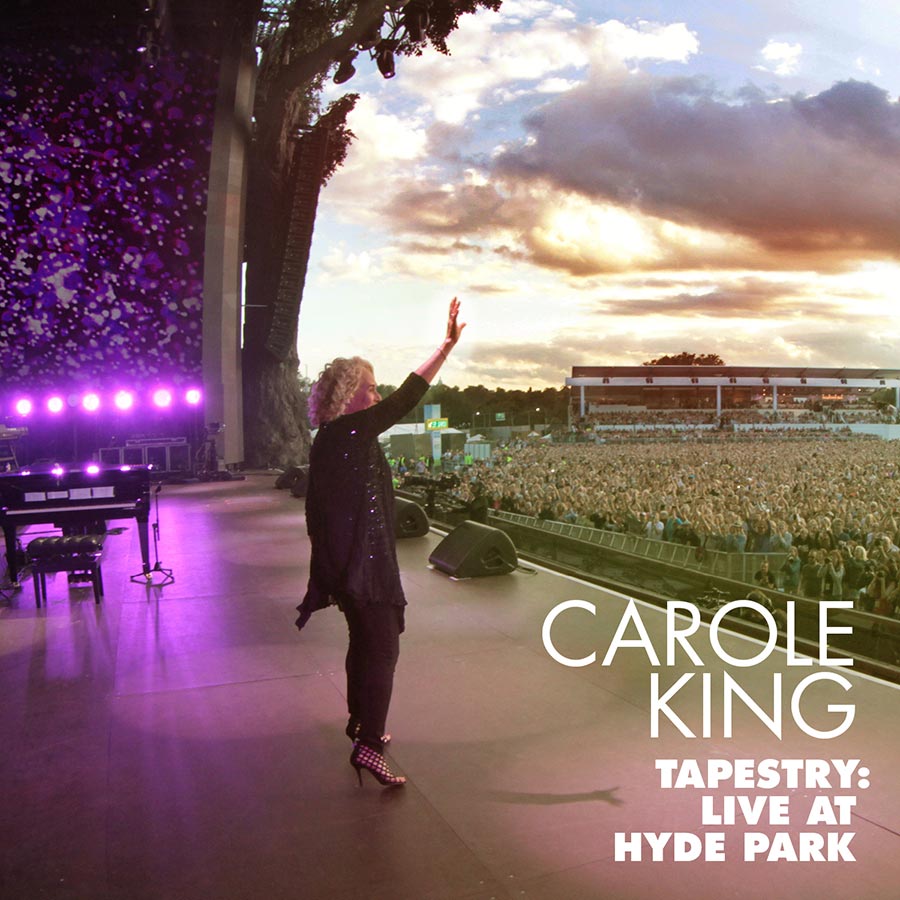 Recorded on July 3, 2016, in front of a rapturous audience of more than 65,000 fans, Tapestry: Live at Hyde Park celebrates the 45th anniversary of a zeitgeist-shifting touchstone album that established Carole King as the quintessential singer-songwriter, a “Natural Woman” who gave voice to the emotions and experiences of millions of listeners around the world. With songs that are literally woven into the fabric of pop culture, Tapestry struck a universal chord, topping the Billboard 200 for 15 weeks and staying on the chart for six years. King took home four Grammy Awards for the album, including Album, Record and Song of the Year. And the songs, including “So Far Away,” “It’s Too Late,” “I Feel The Earth Move,” “You’ve Got a Friend” and others remain timeless standards and radio staples.

The artist’s largest concert since her legendary 1973 show in Central Park, Carole King’s historic Hyde Park performance marked her first British concert since1989 and the first time she’d performed Tapestry on stage in its entirety. The album showcases Carole leading a full band (including guitarist Danny “Kootch” Kortchmar, who played on the original Tapestry album) through the album with the bonus addition of some of her personal favorite compositions from her formidable songbook. Guest performers include her daughter, Louise Goffin, who joins Carole on several tracks including “Where You Lead” (which the duo re-recorded as the theme song to the popular television series “Gilmore Girls”) plus the Laurence Olivier Award-winning West End cast of “Beautiful: The Carole King Musical.”

Originally released in 1971, Tapestry established Carole King–already a noted songwriter of smash hits for Aretha Franklin, The Everly Brothers, The Monkees, The Drifters and many others–as an extraordinary performer who defines the singer-songwriter genre from the 1970s onward.

The Carole King – Tapestry: Live at Hyde Park package includes the full concert on CD/DVD and is rounded out with insightful recollections from Carole about the making of Tapestry.

Additional performances on Live at Hyde Park include a Gerry Goffin/Carole King medley featuring “Take Good Care of My Baby,” “It Might As Well Rain Until September,” “Go Away Little Girl,” “I’m Into Something Good,” “One Fine Day” and more.