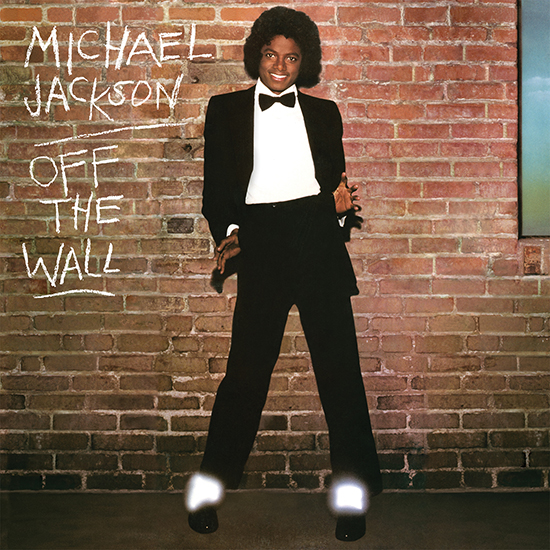 OFF THE WALL: MICHAEL JACKSON’S ORIGINAL ALBUM AND THE DOCUMENTARY “MICHAEL
JACKSON’S JOURNEY FROM MOTOWN TO OFF THE WALL” SET FOR RELEASE AS A CD/DVD BUNDLE ON
FEBRUARY 26, 2016

JANUARY 7, 2016 – On February 26, during Black History Month, the Estate of Michael Jackson and Sony Legacy Recordings will release exclusive CD/DVD and CD/Blu Ray editions of Michael Jackson’s revolutionary 1979 recording, Off The Wall. The package will include the original version of the album bundled with the new documentary Michael Jackson’s Journey from Motown to Off the Wall, directed by Spike Lee. The documentary will make its world premiere at Sundance Film Festival on January 24, 2016, and its world television premiere on SHOWTIME on Friday, February 5th at 9 P.M. ET/PT on-air, on demand and over the internet. After its premiere on SHOWTIME, it will be broadcast in territories around the world.

THE ALBUM – The importance of Michael Jackson’s Off the Wall cannot be overstated. Recorded when he was just 20 years old, the album heralded Michael’s stunning emancipation as a singular musical force and creative visionary. It smashed the ceiling on record sales for black artists, ushering in an exciting new era of R&B-to-pop crossover airplay, chart, marketing and sales trends not seen before in modern pop music. It’s the record that “invented modern pop as we know it,” wrote Rolling Stone. For fellow black artists of the day, Michael served as an illuminating inspiration.

To Black America, Off The Wall transcended music and entertainment altogether. The success of the album marked a level of national and international achievement that conjured pride in a culture that as late as the end of the 1970s was still fighting for the kind of social acceptance that Michael’s album received. Because of Off the Wall’s indelible influence, 21st century artists as disparate as Beyoncé, Pharrell, Kendrick Lamar and The Weeknd all have a blueprint they turned to for creating their superstardom.

Written by Michael Jackson, the first single from Off The Wall, “Don’t Stop ‘Til You Get Enough”, was Michael’s first Grammy and first single to hit #1 in the U.S. and internationally as a solo artist. With the singles “Rock With You”, “Off the Wall” and “She’s Out of My Life” Jackson became the first solo artist in history to have four singles from the same album peak inside the top 10 of the Billboard Hot 100. The album was an enormous commercial success; as of 2014 it is certified eight times platinum in the United States and has sold more than 30 million copies worldwide, making it one of the best-selling albums of all time.

THE DOCUMENTARY – Produced by Spike Lee, John Branca and John McClain. For Michael Jackson’s Journey from Motown to Off the Wall, director Spike Lee assembles a wealth of archival footage, including material from Michael’s personal archive, interviews with contemporary talents and family members, and Michael’s own words and image to create this insightful chronicle from the star’s early rise to fame through the release of this seminal album. A look at a chapter of his career that is rarely examined, Michael Jackson’s Journey from Motown to Off the Wall allows audiences to travel with Michael as he gets his start at Motown, strikes a new path with CBS Records, and forges a relationship with legendary producer Quincy Jones. An illuminated portrait emerges of how an earnest, passionate, hard-working boy would become the “King of Pop.”