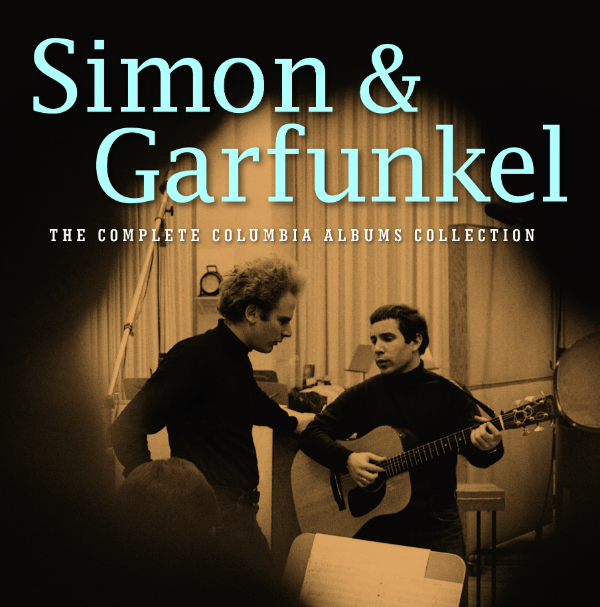 Legacy Recordings Set to Release ‘Simon & Garfunkel – The Complete Columbia Albums Collection’ on 180gram Audiophile Vinyl and ‘Simon & Garfunkel: The Concert in Central Park’ on CD/DVD for the First Time and 12″ Vinyl

PBS to Air “Simon & Garfunkel: The Concert in Central Park” Film in August 2015

NEW YORK, July 15, 2015 — Legacy Recordings, the catalog division of Sony Music Entertainment, will commemorate five decades of Simon & Garfunkel’s extraordinary sound with two special career-defining collections to be released on August 7, 2015. Simon & Garfunkel – The Complete Columbia Albums Collection features six 12″ LPs, newly remastered and struck on 180gram audiophile vinyl, with a 20-page booklet and photo poster, housed in a deluxe collectible library box. The long out-of-print Simon & Garfunkel: The Concert in Central Park will be available for the first time on DVD as part of a collectible CD/DVD set, as well as a 12″ 180gram audiophile vinyl LP.

Simon & Garfunkel’s The Complete Columbia Albums Collection vinyl and The Concert in Central Park CD/DVD are now available for preorder:

PBS has announced that it will air “The Concert in Central Park” (a full-length film originally broadcast on HBO in 1982) during its August Pledge Week (please check local listings).

The most comprehensive 12″ vinyl Simon & Garfunkel anthology ever assembled, The Complete Columbia Albums Collection includes the duo’s five Columbia Records studio masterpieces (first released between 1964 and 1970) as well as Simon and Garfunkel’s Greatest Hits, their all-time best-selling title. Originally released in June 1972, two years after the duo split up, Simon and Garfunkel’s Greatest Hits–a mix of 10 studio tracks (nine of them singles) and four (then) previously unreleased live recordings–sold more than 14 million copies in the US alone. 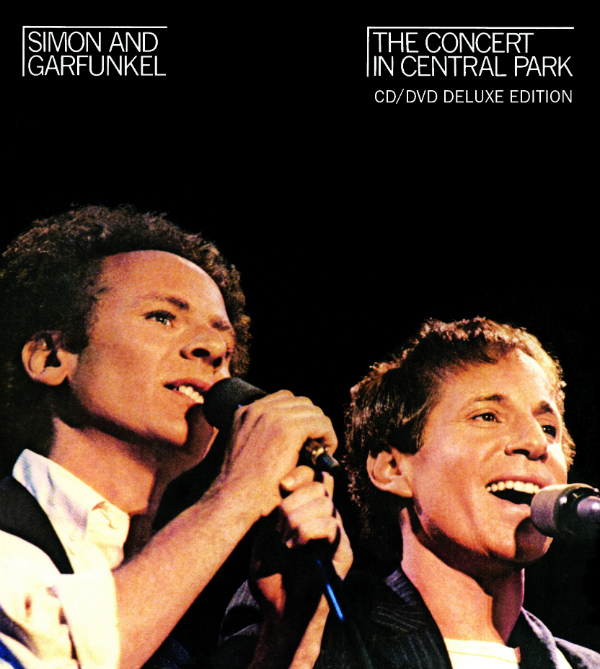 Each of the discs housed in the Simon & Garfunkel – Complete Columbia Albums Collection comes in a 12″ sleeve replicating the original album artwork. Each of the albums in the boxed collection has been remastered and struck on 180gram audiophile vinyl.

Paul Simon and Art Garfunkel, each born in 1941, grew up three blocks away from each other in Kew Garden Hills, Queens, New York and met in grade school in 1953 when they were both cast in the same school play. Simon, a guitarist and aspiring songwriter, and Garfunkel, an extraordinary singer with a pure tenor range and uncanny intonation, began performing together as “Tom and Jerry” in the mid-1950s, releasing their first professional recording in 1957.

The duo’s original sound, initially influenced by the harmonies of the Everly Brothers and the insistent rockin’ rhythms and poetic swing of Chuck Berry, made a quantum leap during the Greenwich Village folk music scene of the early 1960s. Paul Simon’s songwriting developed along provocative and topical lines when the pair recorded Wednesday Morning, 3 A.M.—their first album as “Simon & Garfunkel” and their first for Columbia Records–in 1964.

Though S&G’s debut reached only a small audience when first released, one of its tracks, “The Sound of Silence”–a haunting acoustic recording illuminated by the signature solo and harmony vocal blends S&G invented and perfected–had been overdubbed with electric instruments and released to radio, unbeknownst to either Simon or Garfunkel. The electrified version of “The Sound of Silence” became a massive hit, one of the archetypal anthems of an emerging folk-rock movement. Wednesday Morning, 3 A.M. was re-released in January 1966, alongside Simon & Garfunkel’s second studio album, Sounds of Silence, which included the electric hit single version of the song.

“The Sound of Silence” launched a long unbroken chain of hits and album successes for Simon & Garfunkel. “I Am a Rock,” a song that first appeared on The Paul Simon Songbook, became an enormous smash in its Simon & Garfunkel incarnation.

“Mrs. Robinson,” another anthemic Paul Simon composition, became the centerpiece for the soundtrack to “The Graduate,” the iconic generational film directed by Mike Nichols.

“Mrs. Robinson” was also included on Simon & Garfunkel’s fourth studio album, Bookends, which hit #1 in the US and the UK, becoming the pair’s first #1 album. Simon and Garfunkel upped the ante once again with Bridge Over Troubled Water, an album that hit #1 all over the world following its release in January 1970. Their fifth, and last full studio album, Bridge Over Troubled Water featured a title track that ranks with the most beautiful songs ever written, made unforgettable through one of the most emotionally uplifting vocal performances ever recorded. “Bridge Over Troubled Water” brought the two partners’ gifts to their highest expression. The album has sold more than 25 million copies worldwide.

Going out on the high note of Bridge Over Troubled Water, Simon & Garfunkel broke up their musical partnership to pursue individual musical, artistic and personal directions.

Simon and Garfunkel have reunited periodically for special musical events, notably a free concert in New York’s Central Park in 1981, captured in The Concert in Central Park and a select series of “Old Friends” shows in 2004.

When Paul Simon and Art Garfunkel reunited for a one-off performance on the Great Lawn of New York’s Central Park in 1981, the high-profile event drew one of the largest audiences ever assembled for a single concert. The show incorporated breath-taking full-band arrangements of Simon & Garfunkel’s best-loved songs into a fan’s dream set-list featuring incredible selections from Paul Simon’s and Art Garfunkel’s solo repertoires.

The 1981 Simon & Garfunkel reunion came into being when New York City officials decided to hold a free public concert to help the nonprofit Central Park Conservancy raise awareness and money for desperately needed renovations to the park, then in a state of serious decline. The right choice to headline the concert would have an enormous impact on the future of the city and the rebirth of Central Park.

Simon & Garfunkel, quintessential New Yorkers, embodied the spirit of the city, the times and generations of music lovers. “Unlike many of the Gotham-bred pop stars of their generation who made it big,” wrote Stephen Holden in his review of the concert for Rolling Stone. “[Simon and Garfunkel] stayed around the city, continuing to assimilate its cultural resources, recycle them and give them back.”

Simon & Garfunkel took to the Great Lawn on September 19, 1981, with a diverse set that drew upon their classic works as well as selections from Paul and Art’s solo catalogs, many performed with dramatic new arrangements augmented with an expanded, 11-man band including notable session players Pete Carr (guitar), Anthony Jackson (bass), Richard Tee (piano), Rob Mounsey (synthesizers) and Steve Gadd (drums). An early rainfall did not deter audiences; an estimated 500,000 people were in attendance, exceeding initial expectations and becoming one of the largest concert audiences of all time.

In 1982, The Concert In Central Park was released as a double album and broadcast on HBO. Fans and critics were unanimous in their praise of the concert, while the duo would be inspired to embark on a world tour in the spring of that year. As the decade continued, donations inspired by the concert helped restore the park to its current state, with concerts still regularly held on the Great Lawn in the spirit of Simon & Garfunkel’s magical night more than three decades ago.