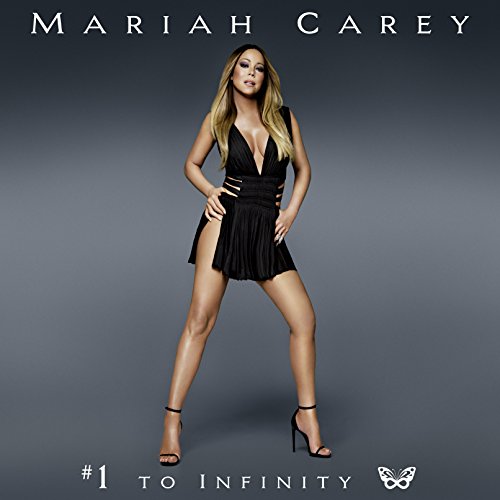 MARIAH CAREY #1 TO INFINITY ARRIVES MAY 18th ON EPIC RECORDS/COLUMBIA RECORDS/SONY LEGACY, FIRST-EVER COLLECTION OF HER 18 HOT 100 #1 HITS, MORE THAN ANY SOLO ARTIST IN HISTORY

“INFINITY” BRAND NEW SINGLE TO BE RELEASED ON APRIL 27th, AND INCLUDED AS 19th TRACK ON NEW ALBUM COLLECTION

HEADLINING RESIDENCY AT THE COLOSSEUM AT CAESARS PALACE IN LAS VEGAS KICKS OFF MAY 6th – TICKETS ON SALE NOW!

(April 13, 2015 – New York, NY) – Multi-platinum global superstar Mariah Carey has been signed to an exclusive contract with Epic Records, a division of Sony Music Entertainment, it was announced today by Antonio ‘L.A.’ Reid, Chairman and CEO, Epic Records.  Mariah now returns to Sony Music where her hitmaking career began, with a history-making string of 18 Hot 100 #1 hits that made her the best-selling female artist of all time.

“I couldn’t be more thrilled to be back together again with Mariah,” said Mr. Reid. “There is really no one who comes close to Mariah as both a songwriter and a singer, and as the world knows, her vocal range is legendary and truly incomparable.  Her music is indelibly etched into our culture, and she’s shattered so many chart records that she’s now firmly entrenched in the history books.  With a fierce and loyal fan base that covers every corner of the globe, I have no doubt Mariah will do it again.”

Mariah’s first album release will be Mariah Carey #1 To Infinity, arriving in stores May 18th on Epic Records / Columbia Records/Sony Legacy.  For the first time ever, one career-spanning chronological collection will gather all 18 of her Billboard Hot 100 #1 singles (17 self-penned), more than any solo artist in history.  Included as the final track on the collection is Mariah’s breathtaking new single, “Infinity” (co-written and produced by Mariah). Fans who pre-order the album now will receive a special gift (http://smarturl.it/MC_1ToInfinity)

Mariah Carey is the best-selling female artist of all time with more than 200 million albums sold to date and 18 Billboard Hot 100 #1 singles (17 self-penned), more than any solo artist in history. Mariah is a singer/song-writer/producer recognized with multiple Grammy Awards, 21 American Music Awards, Billboard’s “Artist of the Decade” Award, the World Music Award for “World’s Best Selling Female Artist of the Millennium,” and BMI’s “Icon Award” for her outstanding achievements in songwriting, to name a few – with her distinct five-octave vocal range, prolific songwriting, and producing talent, Mariah is truly the template of the modern pop performance.

Mariah’s ongoing impact has transcended the music industry to leave an indelible imprint upon the world at large.  She made her entrée into the world of independent film with her landmark performance in “WiseGirls” starring alongside Academy Award winner Mira Sorvino and Melora Walters. In 2009, Mariah was recognized with the Breakthrough Performance Award at the Palm Spring International Film Festival for her critically acclaimed role in Lee Daniels’ “Precious.” Mariah went on to appear in Daniels’ stellar ensemble piece “The Butler” (2013).

A Congressional Award recipient, Mariah has generously donated her time and energy to a range of philanthropic causes near to her heart including Save the Music, the Make-A-Wish Foundation, World Hunger Relief, and the Elton John AIDS Foundation, among many others. A tremendous supporter of children’s charities, both domestic and international, Mariah founded Camp Mariah in partnership with the Fresh Air Fund, a retreat for inner city children to explore career development.  Go to: www.mariahcarey.com