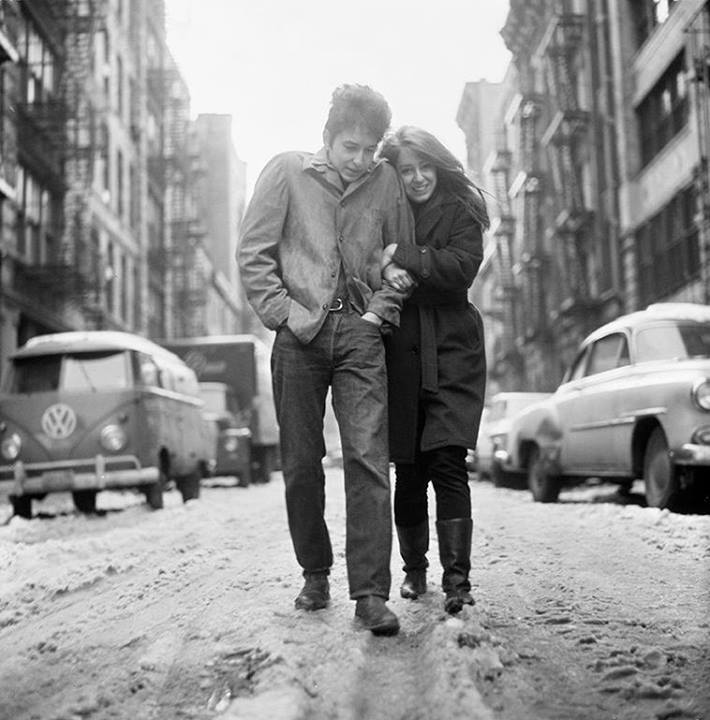 The baby-faced Bob Dylan of the early 1960’s wasn’t always as camera-shy as he is today. With his career rocketing from Greenwich Village folk clubs to Carnegie Hall and Newport Folk Festival appearances, Dylan repeatedly faced Don Hunstein’s camera. One of those images became what may be Hunstein’s best-known photo –- the album cover of “The Freewheelin’ Bob Dylan,” the first full-length showcase for Dylan as a songwriter. Featured in a stunning new book recently published by Insight Editions entitled KEEPING TIME: THE PHOTOGRAPHS OF DON HUNSTEIN: INSIDE THE UNSEEN ARCHIVE OF COLUMBIA RECORDS, the image of Dylan and his girlfriend at the time, Suze Rotolo, walking up a slushy Jones Street on a cold day, captured Dylan -– still a local phenomenon who had just turned 22 -– inventing himself on the fly, already a knowing media figure. Click here to order your copy now: http://smarturl.it/ KeepingTime