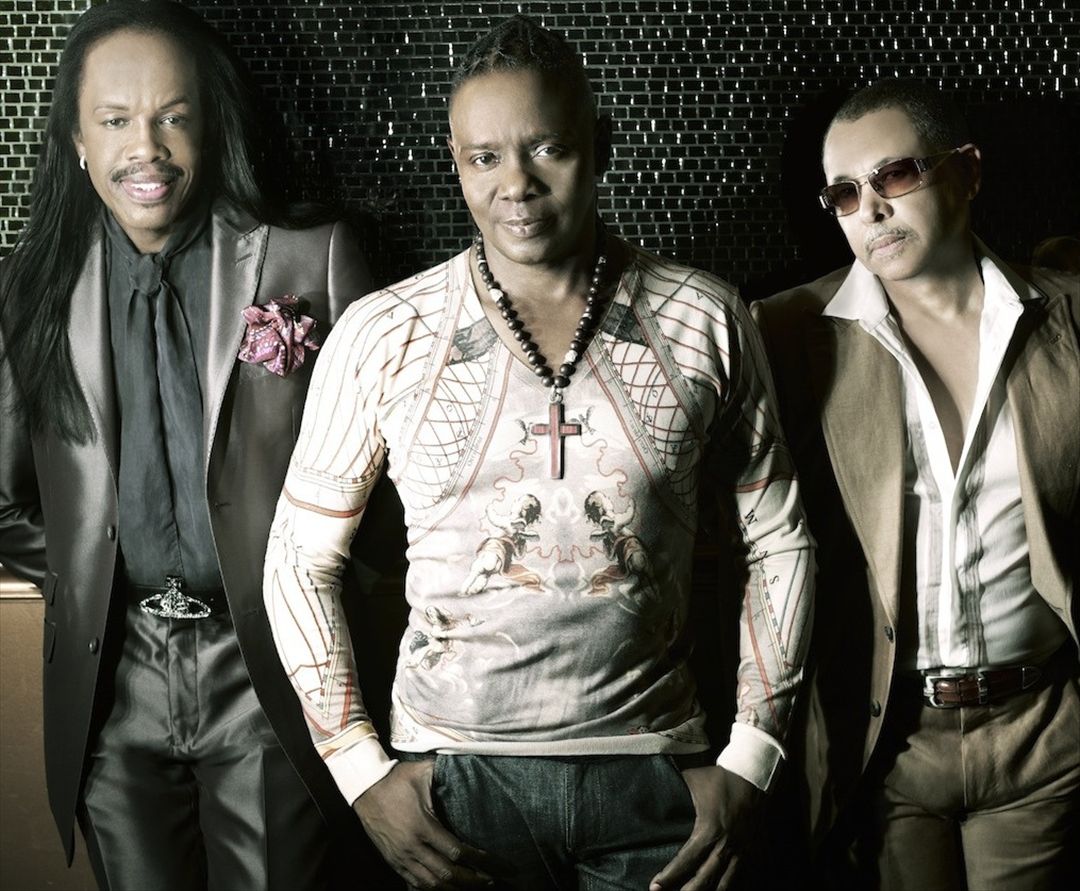 — Earth, Wind & Fire fans can purchase exclusive room packages for The Venetian and The Palazzo® Las Vegas, and pre-order the new album with 6 bonus tracks including the group’s new single “My Promise”

(St. Petersburg, FL –July 17, 2013) On August 30, leading multichannel retailer HSN will continue their innovative multi-concert, marketing deal with The Venetian Las Vegas when it hosts its next HSN Live concert event featuring multi-platinum, international superstars, Earth, Wind & Fire and special guests.  Earth, Wind & Fire will perform tracks from Now, Then & Forever, their latest CD, during a live, omni-platform HSN Live concert event at 11 p.m. (EST).  An exclusive CD bundle of their new release, along with a bonus CD featuring six of their greatest hits, is now available for pre-order at HSN.com for $12.95.

“The Now, Then & Forever album is really about the legacy of Earth, Wind & Fire,” said co-founder Philip Bailey.  “The album gave us the opportunity to tie everything together musically and culturally,” said EWF’s co-founder Verdine White.  “Without the support of the fans around the world, the Earth, Wind & Fire journey would not have been possible.  We dedicate this album, Now, Then & Forever, to all the fans.”

Earth, Wind & Fire fans that want to be a part of this once-in-a-lifetime event can purchase exclusive room packages for The Venetian and The Palazzo in Las Vegas.  These luxury suite packages start at $149 per night (2 night minimum) and include:

“HSN is thrilled to welcome Earth, Wind & Fire to the HSN Live stage at The Venetian Las Vegas,” said Andy Sheldon, Chief Creative Officer for HSNi and General Manager of HSN Productions.  “Earth, Wind & Fire is known for their elaborate, high-energy live shows and with Barry Summers and Milton Lage at the helm, I know this will be our best HSN Live production to date.”

The concert will be a 90-minute live show, with 60 minutes on HSN TV, followed by a special 30-minute encore performance that streams live across HSN’s digital platforms.  Music streaming service Songza will offer a special Earth, Wind & Fire/HSN playlist for subscribers during the week leading up to the show and will stream the event live on August 30.

“I’m very excited to be working with Andy and the visionary HSN team to deliver a new level of live concert programming beyond High Definition to global audiences and new emerging distribution platforms,” said Summers. “I’m honored to be working with the legendary band Earth, Wind & Fire to kickoff this new series.”

This original partnership between HSN and The Venetian Las Vegas kicked off in February with the debut of Michael Bolton’s Ain’t No Mountain High Enough: A Tribute To Hitsville U.S.A. and will continue to include concerts with various artists from The Venetian Theater and exclusive room packages at The Venetian Las Vegas Resort for HSN customers via TV, HSN.com and HSN Mobile.  The HSN Live concert series has featured successful launches from some of the music industry’s biggest artists including Lionel Richie, Rod Stewart, Tony Bennett, Josh Groban and others.

For more information about HSN Live Presents Earth, Wind & Fire; special room packages with complimentary tickets to attend the HSN Live concert event at The Venetian Las Vegas; and to pre-order Now, Then & Forever, please visit HSN.com/HSN Live and join in the conversation on Facebook and Twitter.

HSN is a leading interactive multichannel retailer, offering a curated assortment of exclusive products and top brand names to its customers. HSN incorporates entertainment, inspiration, personalities and industry experts to provide an entirely unique shopping experience. At HSN, customers find exceptional selections in Health & Beauty, Jewelry, Home/Lifestyle, Fashion/Accessories, and Electronics.  HSN broadcasts live to 95 million households in the US in HD 24/7 and its website — HSN.com – is a top 10 most trafficked e-commerce site, featuring more than 23,000 product videos. Mobile applications include HSN apps for iPad, iPhone and Android. HSN, founded 35 years ago as the first shopping network, is an operating segment of HSN, Inc. (Nasdaq: HSNI). For more information, please visit HSN.com, or follow @HSN on Facebook and Twitter.

About The Venetian The Palazzo Las Vegas®:

The Venetian Resort‐Hotel‐Casino, the largest property in the country to receive AAA’s Five Diamond and the coveted Forbes Travel Guide Four Star awards, is one of the world’s most luxurious resort and convention destinations. Recreating Venice’s legendary landmarks, the LEED® EB Gold (Leadership in Energy and Environmental Design)‐certified resort offers unmatched service and quality for leisure and corporate guests. With suites ranging from a standard 650‐square‐foot Luxury Suite to the luxurious 10,000‐square‐foot Chairman Suite, the all‐suite resort boasts more than 4,000 of Las Vegas’ most lavish suite accommodations. Located in the heart of the Las Vegas Strip, The Venetian features The Grand Canal Shoppes®, an indoor streetscape complete with gondolas and singing gondoliers, the Canyon Ranch SpaClub®, world‐class gaming, exquisite

restaurants, a wide variety of entertainment such as “Soul2Soul with Tim McGraw and Faith Hill,” the party musical “ROCK OF AGES,” the Motown sounds of “HUMAN NATURE,” showroom headliners including David Spade, Rita Rudner, Tim Allen and Joan Rivers and extensive convention and corporate services. Guests can earn points while they eat, sleep, shop and play with Grazie, the premiere loyalty program, which rewards guests with the ease and usability of just one card and one program. The Venetian and its sister resort, The Palazzo Las Vegas, are the first ever Alliance Resorts in the InterContinental Hotel Group® global portfolio. For additional information, visit venetian.com, follow on Twitter @venetianvegas and interact on Facebook at

The names and brands mentioned above are trademarks and/or registered trademarks of their respective owners.