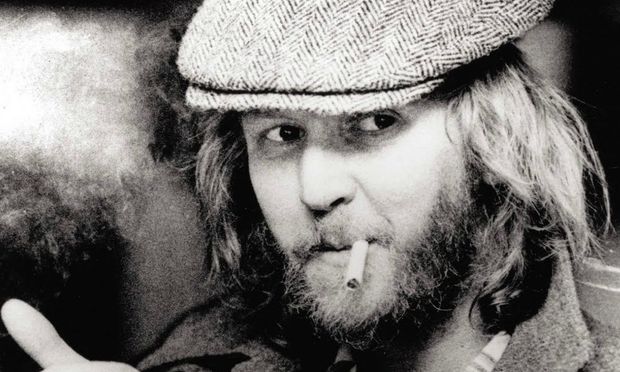 “Artist of the Month” coincides with July 30 release date for Harry Nilsson’s The RCA Albums Collection 17-CD box set, as well as the July 18 publication of ‘Nilsson: The Life of a Singer-Songwriter,’ the artist’s first full-length biography written by Alyn Shipton and published by Oxford University Press

Harry Nilsson’s universe includes his touchstone songs “One,” “Everybody’s Talkin’,” “Me And My Arrow,” “Without You,” and “Coconut”

The profound musical gifts of singer-songwriter Harry Nilsson, an artist whose fans ranged from all four Beatles to the Monkees, Randy Newman, Keith Moon, Jimmy Webb, and dozens more, are celebrated in July 2013 as Legacy Recordings honors Nilsson as “Artist of the Month.” Released to coincide with the month-long celebration is Harry Nilsson’s THE RCA ALBUMS COLLECTION, a deluxe 17-CD box set released by RCA/Legacy, a division of SONY MUSIC ENTERTAINMENT.

THE RCA ALBUMS COLLECTION will be a must-have for Nilsson devotees, and a seductive lure for those whose awareness is limited to his Grammy Award®-winning versions of Badfinger’s “Without You” (#1) and Fred Neil’s “Everybody’s Talkin’” (a #6 hit from the soundtrack to Midnight Cowboy, 1969). Then there are the notable covers of his own songs by Three Dog Night (“One”), the Monkees (“Cuddly Toy”), the Yardbirds (“Ten Little Indians”), and Blood, Sweat & Tears (“Without Her”). Others will recall the duo of hits that appeared alongside “Without You” on 1971’s Nilsson Schmilsson album, “Coconut” (#8) and “Jump Into The Fire.” Finally, the playful “Me And My Arrow” (from the soundtrack of his animated film The Point!) and “Girlfriend” (theme of the early ’70s sitcom The Courtship Of Eddie’s Father) have their own coterie of admirers.

THE RCA ALBUMS COLLECTION presents the definitive 14 albums in Nilsson’s RCA Records U.S. discography, from his 1967 debut Pandemonium Shadow Show (among whose high points are his takes on the Beatles’ “You Can’t Do That” and “She’s Leaving Home”) to his final album for the label in 1977, Knnillssonn. Bonus material on those albums add up to 65 tracks, of which 26 are previously unreleased. Adding to the box set’s historical provenance are three newly-compiled CDs, Nilsson Sessions 1967-1968, Nilsson Sessions 1968-1971, and Nilsson Sessions 1971-1974, containing a total of 58 tracks, exactly half of which (29 tracks) are previously unreleased.

The 17 CDs contained in HARRY NILSSON – THE RCA ALBUMS COLLECTION are as follows:

The release of THE RCA ALBUMS COLLECTION coincides with the July 18th arrival of Nilsson: The Life of a Singer-Songwriter by Alyn Shipton. Published by Oxford University Press, this is the first ever full-length biography of Nilsson, drawing on interviews with family, friends, and associates, plus material from Nilsson’s unfinished autobiography. Shipton is a jazz critic for The Times in London, a jazz presenter on BBC radio, and an award-winning author of more than 20 books on music including Hi-De-Ho: The Life of Cab Calloway (2013), A New History of Jazz (2007), and Groovin’ High: the Life of Dizzy Gillespie (2001). Shipton outlines Nilsson’s fatherless childhood in the Bushwick section of Brooklyn, through his teenage years in Los Angeles where he found his legs as a singer-songwriter, ultimately winding up at the epicenter of the music revolution that engulfed the world in the late 1960s.

Both lifelong fans of Nilsson and those new to the man and his music are invited to explore the artist’s rich history during Legacy Recordings’ “Artist of the Month” campaign in July.